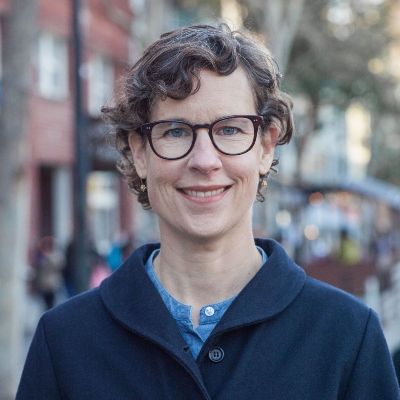 Alison Sant is a partner and co-founder of the Studio for Urban Projects, an interdisciplinary design collaborative based in San Francisco that works at the intersection of architecture, urbanism, art, and social activism. For more than 15 years, their practice has focused on public programming, urban prototyping, and civic dialog–aiming to bring equity and sustainability to the design of cities. In her role at the Studio, Sant was a design captain for the Market Street Prototyping Festival, a designer-in-residence at the Exploratorium’s Bay Observatory, and a member of the Bionic team for the Bay Area Resilient By Design Challenge. In 2016, the Studio was honored for contributing to its field as members of the Yerba Buena 100. Since its founding, it has produced over one hundred events, bringing the public together with advocates, scientists, civil servants, academics, designers, and artists to discuss the future of cities. The Studio has been commissioned by the Exploratorium, Yerba Buena Center for the Arts, San Francisco Planning Department, Headlands Center for the Arts, SPUR, Berkeley Art Museum, Yerba Buena Center for the Arts, Zero One San Jose, Seattle Office of Arts and Cultural Affairs, and Eyebeam Art and Technology Center. For thirteen years, Sant taught field-based classes at the California College of the Arts, the San Francisco Art Institute, and the University of California Berkeley’s College of Environmental Design. She received a BFA from New York University in photography and interactive telecommunications, and her master’s in design from the College of Environmental Design, University of California, Berkeley. 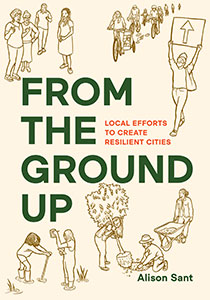 From the Ground Up

For decades, American cities have experimented with ways to remake themselves in response to climate change. These efforts, often driven by grassroots activism, offer valuable lessons for transforming the places we live. In From the Ground Up...