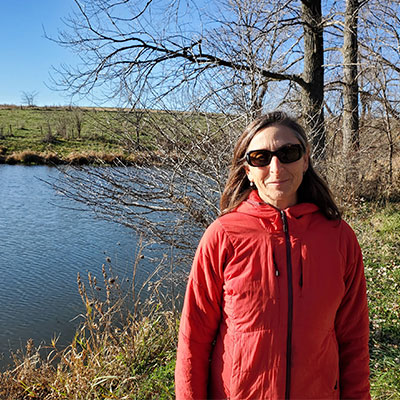 Beth Hoffman began her food writing career focused on culture, producing a food series on KUER (an NPR affiliate in Salt Lake City) and receiving a grant to document the stories of immigrant women as they cooked in their homes (which became a radio series that aired on Weekend America). Now twenty years into writing and producing work on food and agriculture, her areas of expertise have grown to include the potential of agriculture in development, the financial viability of farms, and sustainability in agriculture. She has aired and published on NPR's Morning Edition and on their food blog The Salt, written for The Guardian, New Food Economy, and produced work for the News Hour, Latino USA, and The World. She blogged as the "Hungry Hack" for Forbes.com for two and a half years and wrote a major report and several smaller ones for Oxfam International on how the top ten food and beverage companies in the world contribute to hunger and poverty.

Hoffman also spent much of her adult life teaching, most recently as an Associate Professor in the Media Studies Department at the University of San Francisco, where she created a class "Food Media" looking at the ways in which the media discusses food. She has spoken at several conferences, most notably at the World Food System Center Conference in Acona, Switzerland and at the CropLife America conference in Washington DC. She was a Fellow and Co-Lecturer at UC Berkeley's School of Journalism (where she also went to graduate school) for the Africa Food and Agriculture Reporting Project and traveled to India, Uganda, and Ethiopia to cover agriculture topics. As Managing Editor of FoodTech Connect and as a freelancer with Free Range Studios in Oakland, she also worked on communications and marketing projects.

Perhaps most importantly, she is now a beginning farmer on a 540-acre farm in Iowa. While she has only lived on-farm since 2019, she has spent every summer on the farm for the past five years. Her husband was raised on the family's farm, trained as a chef, and was a produce buyer, a wine buyer, and a butcher (for twelve years). Together, they have combined knowledge about almost every aspect of food. 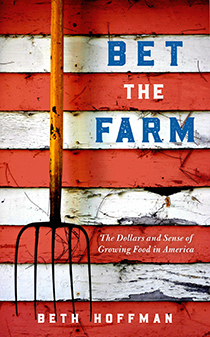 The Dollars and Sense of Growing Food in America
More

Beth Hoffman was living the good life: she had a successful career as a journalist and professor, a comfortable home in San Francisco, and plenty of close friends and family. Yet in her late 40s, she and her husband decided to leave the big city...