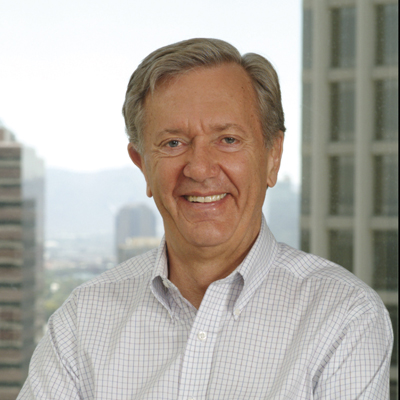 Bruce Babbitt is the son of a northern Arizona ranching family and was exposed to Arizona’s cultural and natural heritage from an early age. His father had helped to found the Arizona Wildlife Federation and the Arizona Game Protective Association.

With degrees in geology, geophysics, and law, Bruce Babbitt was elected to statewide office on his first foray into elective politics in Arizona at the age of 36. He became governor in 1978 and was twice reelected to that office, serving nine years in all.  In 1988, Babbitt was a candidate for the presidency of the United States, and from 1988–1993 he practiced law and served as head of the League of Conservation Voters.

As Secretary of the Interior from 1992–2001, Babbitt was perhaps the best-qualified person ever to hold that position. He combined experience and enthusiasm with a deep commitment to environmental protection and restoration. He tackled some of the most complex and controversial issues in public land management, resulting in long overdue reforms to mining, grazing, and endangered species law, and the protection of millions of acres of federal land from development through the designation of several national monuments. He used his skills as an effective public advocate and teacher to counter the inevitable criticism from political opponents, and he was instrumental in defeating the environmental rollback propositions of the Republican’s 1994 manifesto, Contract with America.

Among the highlights of his tenure are:

·      Bringing peace to California’s water wars with the historic Bay Delta accord;

·      Shaping the old growth forest plan in the Pacific Northwest;

·      Drafting interagency plans to restore the ecosystem of South Florida, the Everglades, and Florida Bay, creating the largest environmental restoration project in history;

·      Helping to enact the massive California Desert Protection Act, the largest land protection bill ever enacted in the lower 48 states;

·      Forging new legislation for protection of The National Wildlife Refuges;

·      Returning entrance fees and concessions back into the National Parks that generated them;

·      Helping to preserve the incomparable old growth Headwaters Forest; and

·      Negotiating the largest state-federal land swap in the history of the lower 48 states in order to create the two-million-acre Grand Staircase-Escalante National Monument and other parks in Utah.

Babbitt’s other restoration actions include being the first Interior Secretary to restore fire to its natural role in the wild and to tear down dams, restoring river flow into the Atlantic and the Pacific. He was personally involved in demonstrating catch and release programs for endangered trout and salmon to highlight how restoring native fish habitats restores economies.

At the end of his term, he provided recommendations to President Clinton that led to the creation of 21 new monuments protected under the Antiquities Act, resulting in several million acres of spectacular resources on federal land coming under new conservation management. 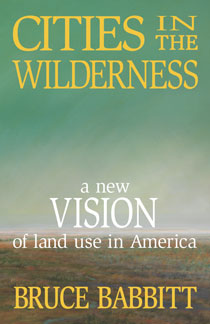 Cities in the Wilderness

A New Vision of Land Use in America
More

In this brilliant, gracefully written, and important new book, former Secretary of the Interior and Governor of Arizona Bruce Babbitt brings fresh thought--and fresh air--to questions of how we can build a future we want to live in. 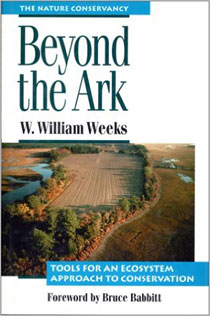 Tools For An Ecosystem Approach To Conservation
More

Among the few organizations with substantial experience in conserving and managing large ecosystems is The Nature Conservancy (TNC) -- the largest private, nonprofit conservation organization in the world dedicated to preserving natural areas,...