Bruce Rich is an attorney and writer who has published extensively on the environment in developing countries and development in general. He is the author of a major critique and history of the World Bank, Mortgaging the Earth: The World Bank, Environmental Impoverishment, and the Crisis of Development  (Beacon Press 1994,1995; Island Press 2013). Mortgaging was widely acclaimed in reviews ranging from the New York Times to Le Monde Diplomatique. More recently, Foreclosing the Future: The World Bank and the Politics of Environmental Destruction (Island Press 2013) recounts, through the prism of the World Bank, the geopolitics of the global environment and examines the worldwide challenges of governance, climate change, corruption, and the tension between political economy and ecology.

Rich was awarded the United Nations Global 500 Award for environmental achievement for his research and advocacy concerning international financial institutions. He worked for three decades as an attorney at the Natural Resources Defense Council and the Environmental Defense Fund, and has testified in numerous congressional hearings on U.S. participation in international financial institution and international organizations. He has written articles and opeds for a number of publications, including The Financial Times, Open Democracy, The Nation, The Ecologist, and he is a regular columnist to The Environmental Forum, the policy journal of the Environmental Law Institute, for which he has also contributed feature cover stories. He has written an historical and philosophical work on the need for a shared environmental and social ethic for our economically globalized era, To Uphold the World: A Call for a New Global Ethic from Ancient India (Beacon Press 2010). To Uphold the World garnered high praise from the Dalai Lama and Nobel Economics Laureate Amartya Sen, who contributed an afterword and a foreword. An expanded paperback version was recently published by Penguin South Asia as Ashoka in Our Time: The Question of  Dharma for a Globalized World (Penguin/Random House/Viking 2017), also available in the United States. His analysis of Ashoka also appeared in a collection of the Best Buddhist writing in America 2012. 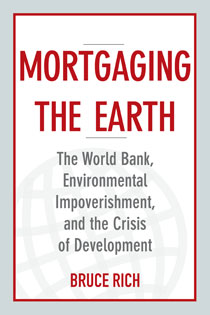 The World Bank, Environmental Impoverishment, and the Crisis of Development
More

The 1992 Rio Earth Summit was supposed to be a turning point for the World Bank. Environmental concerns would now play a major role in its lending—programs and projects would go beyond economic development to “sustainable development.” More than... 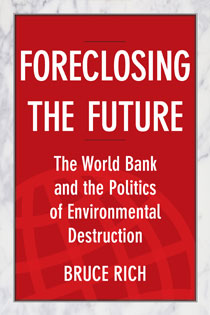 The World Bank and the Politics of Environmental Destruction
More

World Bank President Jim Yong Kim has vowed that his institution will fight poverty and climate change, a claim that World Bank presidents have made for two decades. But if worldwide protests and reams of damning internal reports are any...