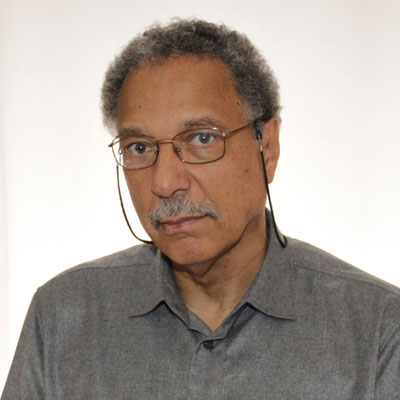 Dr. Daniel Pauly is a French citizen who completed his high school and university studies in Germany; his doctorate (1979) and habilitation (1985) are in Fisheries Biology, from the University of Kiel.

After many years at the International Center for Living Aquatic Resources Management (ICLARM), in Manila, Philippines, Pauly became in 1994 Professor at the Institute for the Oceans and Fisheries (formerly Fisheries Centre) of the University of British Columbia, Vancouver, Canada, of which he was the Director for five years (Nov. ’03-Oct. ’08). Since 1999, he is also Principal Investigator of the Sea Around Us research initiative (see www.seaaroundus.org), funded by the Pew Charitable Trusts, and devoted to studying, documenting, and promoting policies to mitigate the impact of fisheries on the world’s marine ecosystems.

Pauly has supervised a large number of Master and PhD students in the Philippines, Germany, and British Columbia.

The concepts, methods, and software which Pauly (co-)developed, documented in over 500 scientific and general-interest publications, are used throughout the world, not least as a result of his teaching a multitude of courses, and supervising students in four languages on five continents. This applies especially to the Ecopath modeling approach and software (www.ecopath.org) and FishBase, the online encyclopedia of fishes (www.fishbase.org), the latter recently complemented by SeaLifeBase (www.sealifebase.org).

This work is recognized in various profiles, notably Science (Apr. ’02); Nature (Jan. ’03); New York Times (Jan. ’03), in developing countries, and by numerous awards, among them honorary doctorates from four universities, being elected a Fellow of the Royal Society of Canada (Academy of Science; ‘03); and receiving the Award of Excellence of the American Fisheries Society (‘04); the International Cosmos Prize, Japan (‘05), the Volvo Environmental Prize, Sweden (‘06), the Excellence in Ecology Prize, Germany (‘07), and the Ramon Margalef Prize in Ecology, Spain (‘08).

Pauly has authored or co-authored over 500 scientific articles, book chapters, and shorter contributions, and authored, or (co-)edited about 30 books and reports. His books include Five Easy Pieces: The Impact of Fisheries on Marine Ecosystems, and with coauthor with Jay Maclean, In a Perfect Ocean: The State Of Fisheries And Ecosystems In The North Atlantic Ocean. 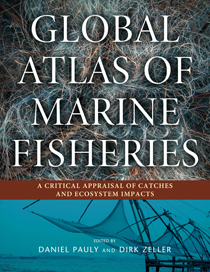 A Critical Appraisal of Catches and Ecosystem Impacts
More

Until now, there has been only one source of data on global fishery catches: information reported to the Food and Agriculture Organization of the United Nations by member countries. An extensive, ten-year study conducted by The Sea Around Us... 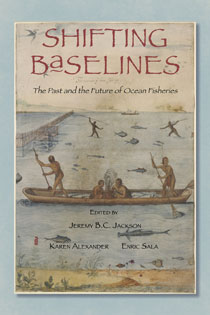 The Past and the Future of Ocean Fisheries
More

Shifting Baselines explores the real-world implications of a groundbreaking idea: we must understand the oceans of the past to protect the oceans of the future. In 1995, acclaimed marine biologist Daniel Pauly coined the term "shifting... 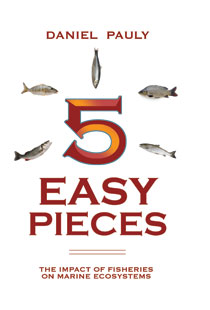 The Impact of Fisheries on Marine Ecosystems
More