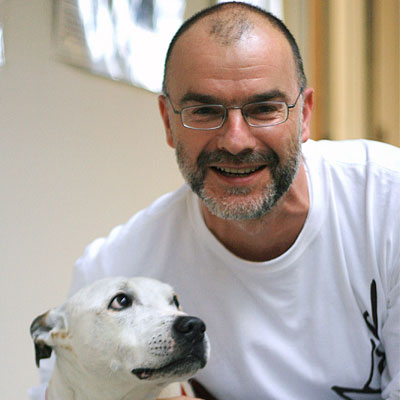 Dirk Zeller is the Senior Researcher and Executive Director of the Sea Around Us (www.seaaroundus.org). He directs research activities and co-directs strategic research and funding decisions with the Project Principle Investigator, Prof. Daniel Pauly. Dirk leads research on global catch reconstructions and Illegal, Unreported and Unregulated fishing, and engages in research on coral reef fisheries (e.g., Coral Triangle Initiative), ocean governance and fisheries policy. He collaborates closely with the Fisheries Economics Research Unit on issues in resource economics, with the Changing Ocean Research Unit on issues of climate change and fisheries, and with the University of British Columbia Faculty of Law on issues related to international maritime boundary law and the UN Law of the Sea Convention.

Dr. Zeller has produced over 300 scientific contributions, and published both in the primary literature (Nature, Science, PLoS ONE, Marine Policy, Marine Ecology Progress Series, Environmental Health Perspectives etc.) and in dedicated book chapters and research reports. Dirk was co-awarded the 2012 UBC Innovative Dissemination of Research Award and the 2011 Ecological Society of America Sustainability Science Award. He collaborates with scientists in Australia, Asia, Europe, the Americas, the Caribbean and Pacific. He represents the Sea Around Us Project at conferences and workshops throughout the world.

Dr. Zeller has a background in tropical marine biology and fisheries ecology from James Cook University, Australia, and has professional interests in sustainability, strategic global policy developments and resource economics, as well as marine reserves and coral reef ecology. 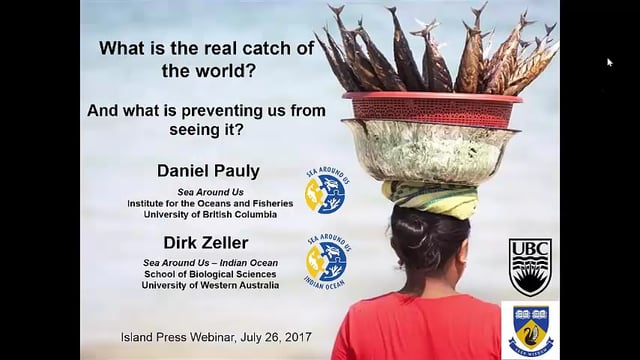 The Atlas of Global Marine Fisheries

A webinar recording Daniel Pauly and Dirk Zeller - The Sea Around Us. Until now, there has been only one source of data on global fishery catches...

A webinar recording Daniel Pauly and Dirk Zeller - The Sea Around Us. Until now, there has been only one source of data on global fishery catches: information reported to the Food and Agriculture Organization of the United Nations by member countries. An extensive, ten-year study conducted by The Sea Around Us Project of the University of British Columbia shows that this catch data is fundamentally misleading. Many countries under report the amount of fish caught (some by as much as 500%), while others such as China significantly over report their catches.

The Global Atlas of Marine Fisheries is the first and only book to provide accurate, country-by-country fishery data. This groundbreaking information has been gathered from independent sources by the world's foremost fisheries experts, and edited by Daniel Pauly and Dirk Zeller of the Sea Around Us Project.