John D. Echeverria was general counsel of American Rivers and the director of its National Center for Hydropower Policy. Prior to joining American Rivers in 1987, he was an associate with the law firm of Hughes Hubbard and Reed in Washington, D.C., and the law clerk to the Honorable Gerhard Gesell. Mr. Echeverria is a graduate of the Yale Law School and the Yale School of Forestry and Environmental Studies. A fisherman and canoeist, Mr. Echeverria has written extensively on energy and environmental matters. 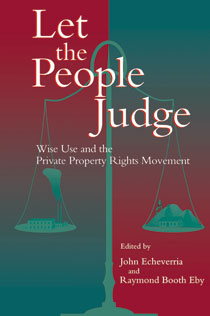 Wise Use And The Private Property Rights Movement
More

One of the most serious challenges to environmentalism that has emerged in the 1990s is the so-called Wise Use movement. While operating under the guise of an independent movement of small landowners, it is in reality a backlash against... 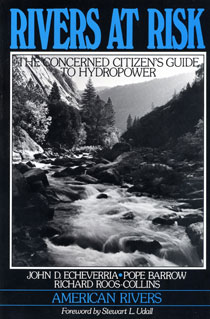 Rivers at Risk is an invaluable handbook that offers a practical understanding of how to influence government decisions about hydropower development on America's rivers.