Jonathan Isham Jr. is Professor of Economics at Middlebury College, where he teaches classes in environmental economics, environmental policy, introductory microeconomics, social capital, and global climate change. Since early 2005, he has spoken widely throughout the nation about building the new climate movement.

Isham serves on advisory boards for Focus the Nation, Climate Counts, and the Vermont Governor’s Commission on Climate Change. He was the co-recipient, representing Middlebury College, of the 2005 Clean Air–Cool Planet Climate Champion Award for advancing campus solutions to global warming. In January of 2006, he was featured on National Public Radio’s Radio Open Source program “Global Warming Is Not an ‘Environmental Problem.’” In January of 2007, he was trained in Nashville, Tennessee, as a member of Al Gore’s Climate Project.

He holds an AB in social anthropology from Harvard University, an MA in international studies from Johns Hopkins University, and a PhD in economics from the University of Maryland. 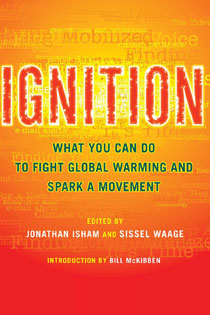 The evidence is irrefutable: global warming is real. While the debate continues about just how much damage spiking temperatures will wreak, we know the threat to our homes, health, and even way of life is dire. So why isn’t America doing anything...