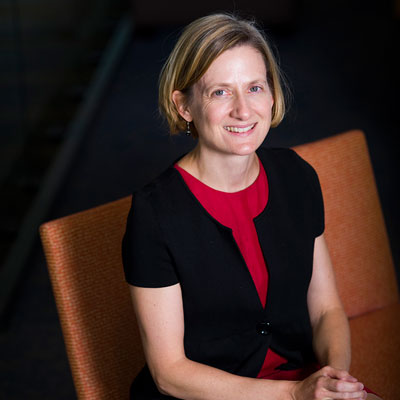 Sheila Olmstead joined the Lydon B. Johnson School of Public Affairs at the University of Texas at Austin as an Associate Professor of Public Affairs in 2013. Before joining the LBJ School, Dr. Olmstead was a Fellow (2010-2013) and Senior Fellow (2013) at Resources for the Future in Washington, DC, as well as Associate Professor (2007-2010) and Assistant Professor (2002-2007) of Environmental Economics at the Yale University School of Forestry and Environmental Studies, where she was the recipient of three teaching awards.
Dr. Olmstead is an environmental economist whose current research projects examine the environmental externalities associated with shale gas development in the United States, regulatory avoidance under the U.S. Safe Drinking Water Act, the influence of federal fire suppression policy on land development in the American West, and free-riding in dam placement and water withdrawals in transboundary river basins. She has worked extensively on the economics of water resource management, focusing on water demand estimation, water conservation policy, and access to drinking water services among low-income communities. Climate and energy policy are additional topics of her research, especially with regard to the application of market-based environmental policy instruments.
Dr. Olmstead?s research has been published in leading journals such as the Journal of Economic Perspectives, Proceedings of the National Academy of Sciences, Journal of Business and Economic Statistics, Journal of Environmental Economics and Management, Journal of Urban Economics, and Water Resources Research. With Nathaniel Keohane, she is the author of the 2007 book Markets and the Environment. Her work has been funded by the National Science Foundation, U.S. Environmental Protection Agency, U.S. Department of the Interior, World Bank, Alfred P. Sloan Foundation, and National Oceanic and Atmospheric Administration. Dr. Olmstead is a member of the Board of Directors of the Association of Environmental and Resource Economists, and a member of the Advisory Board of the International Water Resource Economics Consortium. She holds a PhD from Harvard University?s John F. Kennedy School of Government (2002), a Masters in Public Affairs from the Lyndon B. Johnson School of Public Affairs, University of Texas, Austin (1996), and a BA from the University of Virginia (1992). 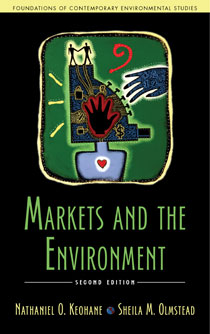 Markets and the Environment, Second Edition

A clear grasp of economics is essential to understanding why environmental problems arise and how we can address them. So it is with good reason that Markets and the Environment has become a classic text in environmental studies since its...