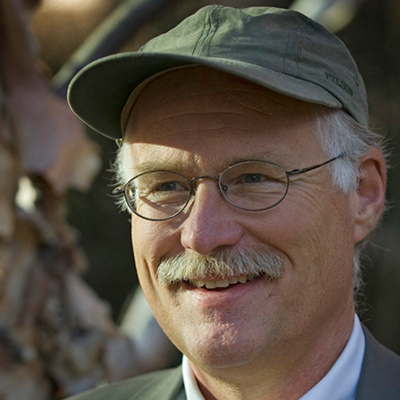 William Ginn is a business strategy consultant who has served in senior leadership positions in both non-profit organizations and businesses.

After graduation from College of the Atlantic with a degree in Human Ecology, he served as Executive Director of the Maine Audubon Society. He was the first citizen chair of the newly established Maine Pesticide Control Board and was appointed by the governor to the committee responsible for removing Maine's billboards. He received an Honorary Doctorate in 1980 from Unity College for his work on behalf of Maine's environment.

In 1983, he founded Resources Conservation Services Inc., a business that manages recycling programs for industrial clients, the paper industry and electric utilities through New England and New York. The business was twice on the INC 500 list of fastest growing companies, and he received the Governor's Award for Business Excellence in 1990. During this period, he was also a founding board member of Maine Employers' Mutual Insurance Company, now the largest workers insurer in Maine.

In 1996, after selling Resource Conservation, he and his family moved to New Zealand, where he worked for the Nature Conservancy's Asia and Pacific program. After returning to the U.S., he managed large forest conservation transactions for TNC, which he chronicled in his book, Investing in Nature (Island Press, 2005). In 2008, he was appointed Chief Conservation Officer, responsible for all conservation programs across 35 countries and 3,000 employees. In 2014, he became Executive Vice President of TNC and, among other accomplishments, established a new program in India and founded NatureVest, a partnership with private investors that has brought over $200 million dollars of investment into conservation problems worldwide.

After leaving the Conservancy in 2018, he became a business strategy consultant. He serves on the Board of the Davey Tree Company, a $1 billion green industry service company, and works on projects for clients from Maine to India. 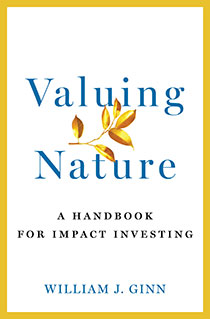 A Handbook for Impact Investing
More

As the world faces unprecedented challenges such as climate change and biodiversity loss, the resources needed far outstrip the capabilities of nonprofits and even governments. Yet there are seeds of hope—and much of that hope comes from the... 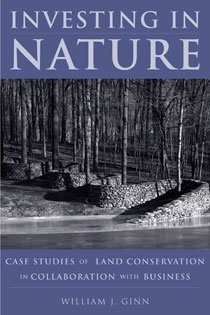 Case Studies of Land Conservation in Collaboration with Business
More

In 2004, U.S. consumers spent $5.2 billion purchasing bottled water while the government only invested 5 percent of that amount to purchase critical watersheds, parks, and wildlife refuges-systems vital to clean water and healthy environments....