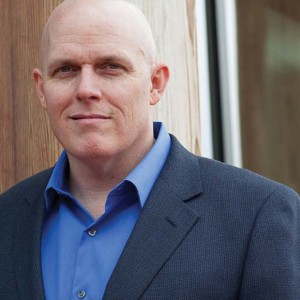 Design, declared Nobel economist Herbert Simon, means "changing existing situations into better ones." Wonderful, but who decides what's "better"? With architecture, often what passes for good is whatever the designer says it is. From The Fountainhead's Howard Roark ("The creator serves nothing and no one. He lives for himself.") to Frank Gehry ("To deny the validity of self-expression is akin to not believing in democracy."), the architect is understood to be the de facto judge of quality. In a recent lecture, famed architect Rem Koolhaas reportedly lamented about losing power, the certainty that "things will be as you want them." A better situation is one in which the architect gets what he wants. In recent years, this ethic has begun to change. The green building movement, by offering an objective set of principles for good performance based on the use of resources and the promotion of healthier habitats, has shifted the measure of good design from what the architect wants to what the world needs -- a better standard of "better." The benefits of this new approach are clear. According to estimates, over the past decade the U.S. Green Building Council's Leadership in Energy and Environmental Design (LEED) rating system has cut annual carbon emissions by 9.4 million tons -- the equivalent of taking 1.5 million cars off the road. Imagine if everyone in Phoenix stopped driving. Forever. Such numbers show real progress -- tangible value that can be quantified. But there's one problem: Many of these buildings aren't doing as well as expected. In 2008, the New Buildings Institute studied more than 100 LEED-certified buildings to compare intended and actual energy performance, and the results were startling. Together, LEED buildings are saving about 30 percent more energy than the national average, but just as many are doing worse than anticipated as are doing better. Nearly 10 percent of the buildings are performing so poorly that they fail to meet the baseline energy code. More at Huffingtonpost
design
green building

Lance Hosey, a nationally recognized architect, designer, and writer, is President & CEO of GreenBlue, a nonprofit that works to make products more sustainable, and previously he held the position of Director with William McDonough + Partners. His most recent book is The Shape of Green.