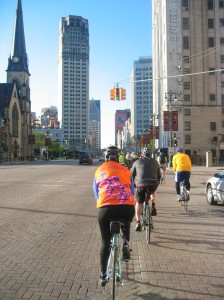 Detroit is rapidly reinventing itself. Bicycling, trails, and Complete Streets are a part of that reinvention through the work of many individuals, neighborhoods, entrepreneurs, non-profits, philanthropy, government agencies, and more. Since 2007, the Detroit Greenways Coalition and its member organizations have led the effort to make Detroit a more bike friendly and more walkable community. 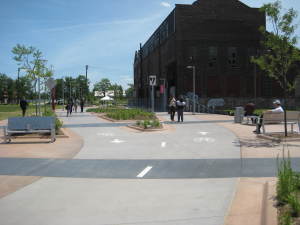 One major component of that is our citywide and regional vision for a well-connected and consistent network of trails, pathways and Complete Streets. We lead on some larger projects, such as the 26-mile Inner Circle Greenway, while assisting on others such as the Dequindre Cut. We also provide the technical resources to help smaller trail projects get started. We write grants and help the city find the necessary funding to bring these plans to reality. We are committed to ensuring all Detroit communities are engaged and involved in these efforts. 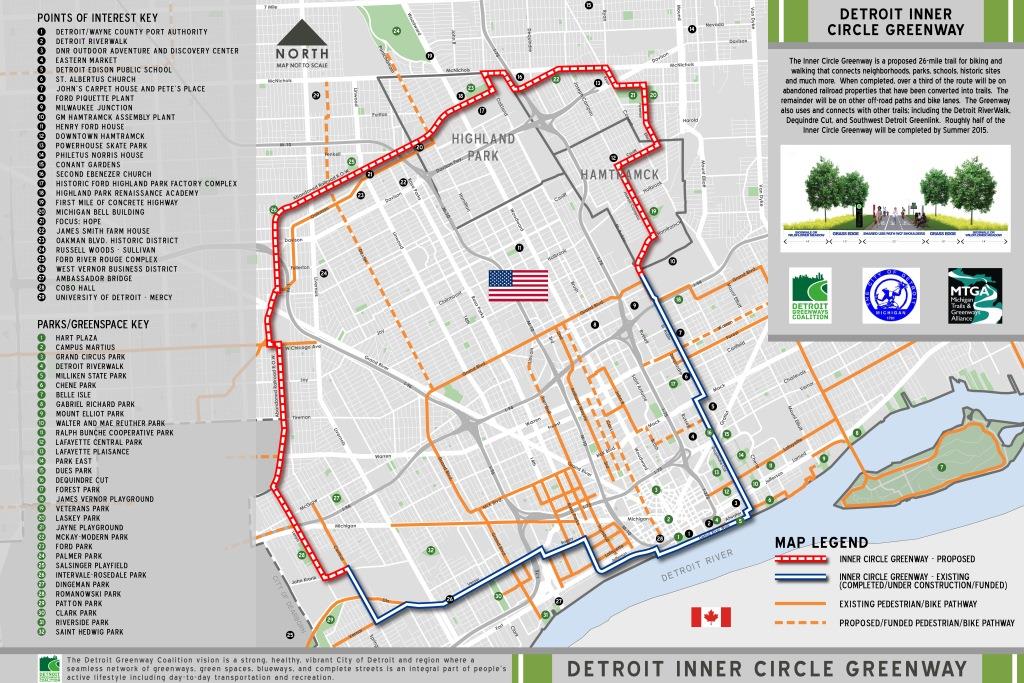 Our results can be measured in miles. When we started there were only six miles of bike lanes. This year Detroit will have over 200 miles of bike lanes, marked bike routes, and trails. If you build it, will they come? Detroiters have clearly switched gears. The once vacant riverfront is now attracts thousands of families to the Detroit RiverWalk. An abandoned rail corridor is now a very popular cycling destination as the Dequindre Cut. A modest group bike ride from a few years ago is now among the largest, most diverse of its kind in the world, the Slow Roll. 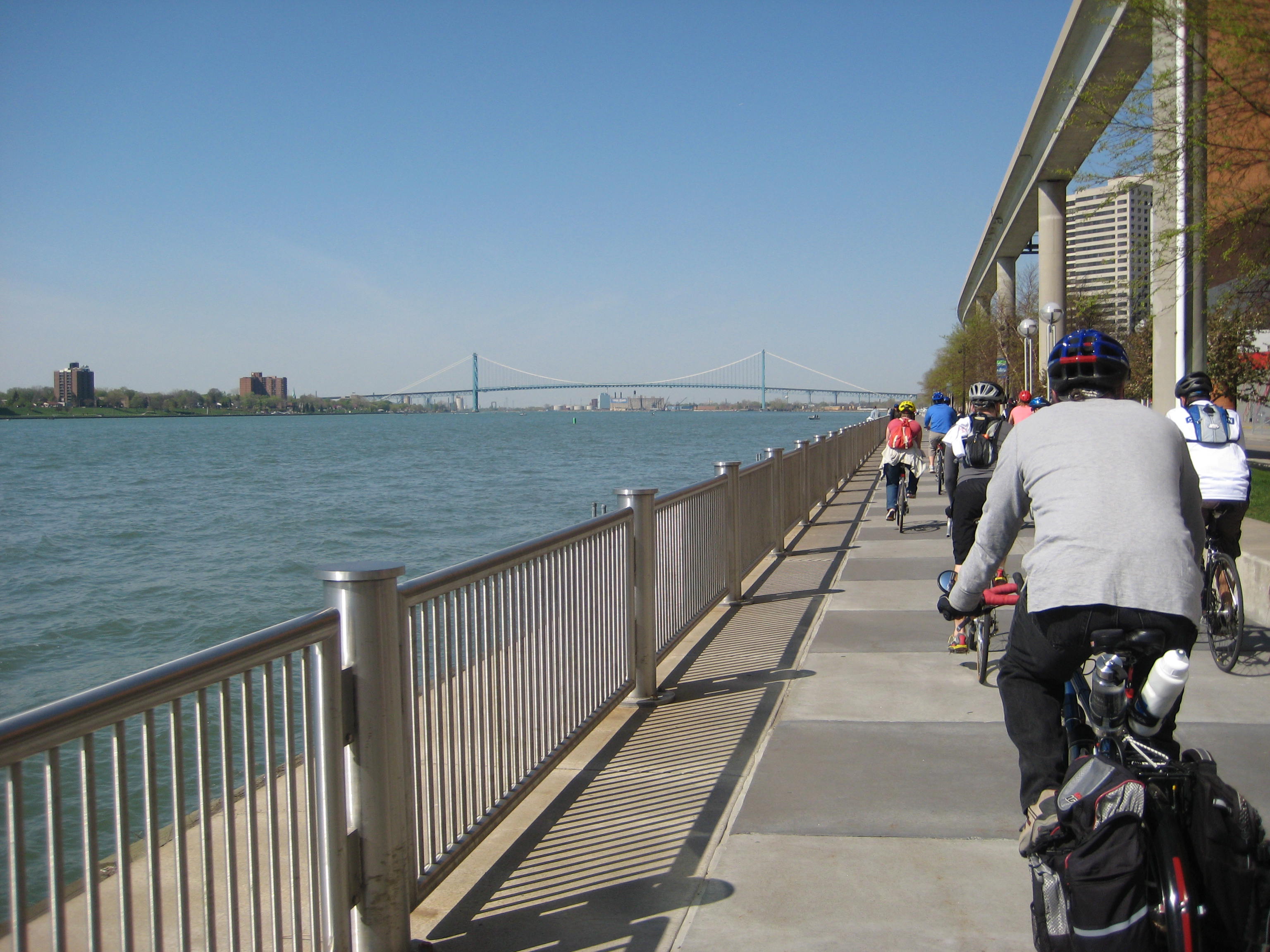 The Motor City is moving forward—and on two wheels. About the Detroit Greenways Coalition

Our VISION is a strong, healthy, vibrant City of Detroit and region where a seamless network of greenways, green spaces, blue ways and complete streets is an integral part of people’s active lifestyle including day-to-day transportation and recreation. The Detroit Greenways Coalition (DGC) works to promote and build a network of greenways and bike lanes that will connect people and places, improve the quality of life, beautify neighborhoods, and stimulate neighborhood-level economic development in Detroit. Our MISSION is to create, conserve and promote greenways and green spaces in order to connect people, places and nature. We will collaborate to create a city-wide and regional Greenway vision, purpose and infrastructure. Work to develop a collective imagination that is focused on a comprehensive greenway system for the City of Detroit. We strive to foster a collective commitment to the work of planning and building non-motorized connections between all sectors of the City. Editor's note: Detroit Greenways Coalition is our first Bike to Work feature city organization. Check back every week for news from a different group working to make biking in their city better and don't forget to enter to win a Citizen folding bike and other great prizes!
bikes
planning
transportation
urbanism