This post originally appeared on Cheryl Heller's Design Observer blog and is reposted here with permission.

In this personal essay, the founder of SVA’s Design for Social Innovation program and former AIGA Women Lead committee member Cheryl Heller reflects on the insights gained over the arc of her career. Through corporate success, betrayal, and reinvention, Heller found a new sense of strength in the face of uncertainty—and an understanding of what you just shouldn’t stomach anymore. 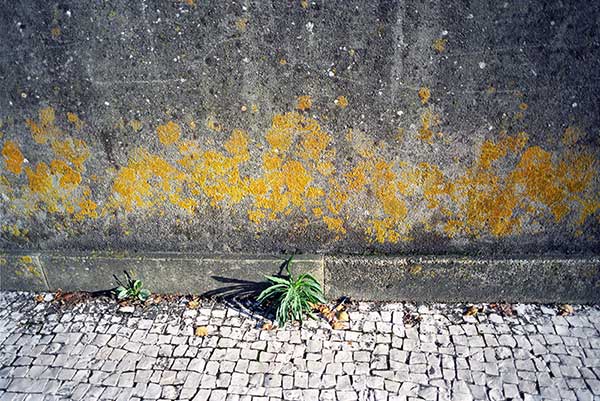 Something I learned in 2001: unlike classic psychiatrists, who will drag out a conversation for years without giving much away if they can manage it, psychopharmacologists will, after half an hour’s probing, tell you bluntly what they think is wrong with you. Their aim is to diagnose quickly, then prescribe meds to make the symptoms go away. Root causes are left to those tear-basted, rearview-mirrored journeys on the couch.

I was sent to a meds-dispensing doctor by a query-dispensing one at the end of a year that imploded all assumptions I had based my life upon and filled my belly with fear.

The cause for escalation of treatment came on suddenly. Sitting in a restaurant, lunching with two people whose names I would no longer recognize, I took a spoonful of soup and could not will the muscles I needed to swallow. Holding the soup in my mouth, I lost connection, too, with the conversation at the table, one in which I was being offered a job in San Francisco. It is disorienting to lose control of the body, of such an unconscious act, too, that everyone around but you seems to accomplish without concentrating. The first sensation is of suffocation; then panic. Blood drains from the brain until reflex kicks in and it becomes clear that the nose still works to take in air. But a restaurant, on a job interview, is not the easiest place to sit frozen with a mouthful of soup, unable to speak. Unlike a bit of gristle or the occasional thyme stem, a mouthful of soup cannot be deposited in a linen napkin with discretion. And in that context, when it does finally, awkwardly, slide down your throat, the incident is not one you want to explain.

I didn’t want the job, I had only flown to California because I never decline to talk to someone who says they want me for a great work opportunity. 2001 was the loudest moment of the Internet boom, with everyone rushing madly to blow into the bubble, counting on their own hot air to turn to solid ground beneath them, and telling stories they convinced each other were true. The Internet was the answer to everything. 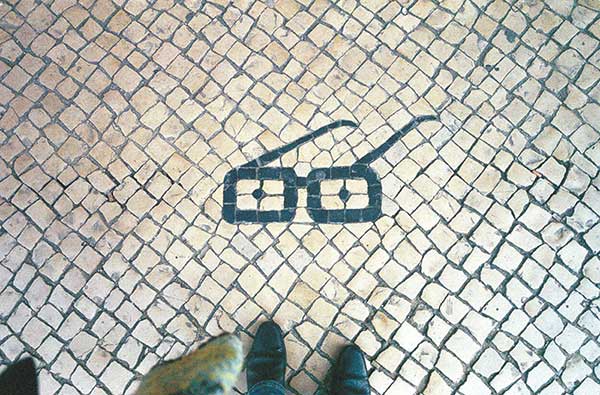 I had recently escaped a job in a global company where I created obscenely expensive identities for multi-national corporations. My title was Executive Creative Director in an organization of about two hundred and twenty five people. We were high-priced consultants, trained to sound and act like friendly but imperious experts even in areas in which we weren’t. We were called in when companies merged or bought another business or got sold, or simply hit a slump and needed to be reinvented.

Every once in a while, we would get an amazing assignment, like when MOMA sent a letter saying, “We’re the Museum of Modern Art and we just bought a contemporary art museum. What should we do?” But mostly we changed the shade of blue on someone’s logo, or switched it from a Roman font to italic, then told them to repaint their trucks and charged them a million dollars or two.

I am exaggerating, but only somewhat. I’m cynical now as I look back, but we were really only doing what companies hired us to do. They felt younger with a new shade of blue, more forward looking and modern in italic, were energized by seeing freshly painted trucks with their name on them, and didn’t feel they got something important unless they paid a lot of money for it.

In this busy work environment, everything (including the busy-ness) mitigates against stopping to think about the big picture of what it is one is actually doing. I came to love my clients, who were trying hard to do a good job and take care of their employees; who believed in the essential rightness of American Industry. They were not corporate monsters, but people with kids who played soccer and broke arms. They were people who worried about their companies doing well, and I was there to help them. There were moments, in fact years, when it felt almost noble.

The identity business was a big one (maybe still is). We made people happy while we minted money, and I had great fun at this particular company for eight years. Then the founder decided to buy the company back from the people he had already sold it to, brought in investors and asked a small number of senior people to become partners. That’s when things went to hell. I got a higher percentage than most (meaning, more than some men) when it came to distributing ownership, because I was bringing in sixty percent of the company’s income.

After the pseudohandshakes and PR photos and the toasts with champagne in plastic glasses, a number of my partners, who before this moment had played together nicely, turned into a nest of pit vipers lying in wait to land a fatal fang.

The reason this was so important to them at that moment was that the Internet gold rush for money, or multiples, as profit was called then, caused otherwise normal people to lose their minds. These were the years when “millionaire” became a non-starter and billionaires became the new normal. People we actually knew were buying airplanes and condos in Aspen. My two or three percentage points of additional ownership could mean, in my partners’ greedy imaginations, a weekend house in the Hamptons.

Cheryl Heller is the Founding Chair of the first MFA program in Design for Social Innovation at SVA and President of the design lab CommonWise. As a strategist, she has helped grow businesses from small regional enterprises to multi-billion global market leaders, launched category-redefining divisions and products, reinvigorated moribund cultures, and designed strategies for hundreds of successful entrepreneurs.