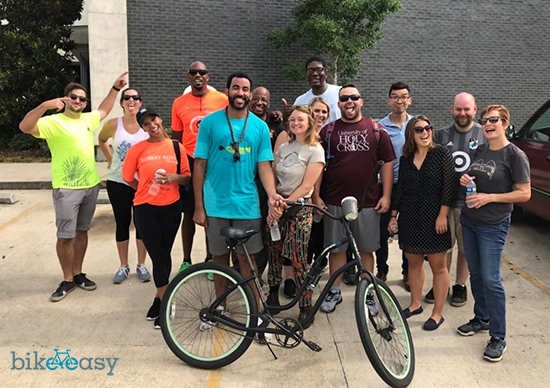 Bike Easy works to make bicycling easy, safe, and fun for everyone in Greater New Orleans.

Founded in 2003 as the Metro Bicycle Coalition of New Orleans, the organization that’s now known as Bike Easy was formed by a group of dedicated volunteers who were seeking funding for bicycle infrastructure around the city. In 2004, the nascent organization had its first win with “5% for Bikes” when the City of New Orleans allocated 5% of a bond measure to supporting bike infrastructure. 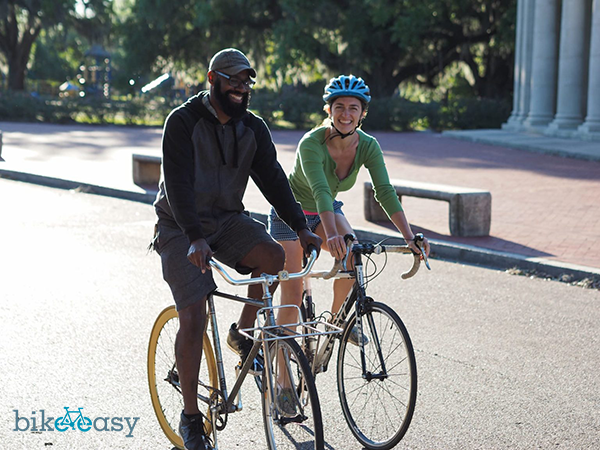 Since then, Bike Easy has had many wins. In partnership with New Orleans Complete Streets Coalition, Bike Easy is leading a campaign to install and activate 75 miles of connected and protected bikeways in one year, as part of the City’s Moving New Orleans Bikes plan. In total, there are plans in place to build over 600 miles of protected bikeways and traffic-calmed streets city-wide. 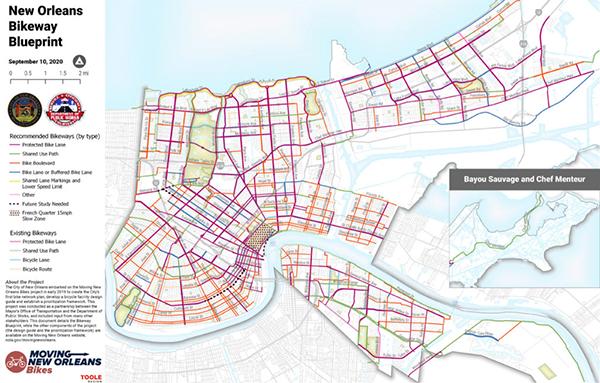 Bike Easy has helped to make the city more bikeable for everyone. For the past 10 years they’ve hosted a Bike to Work Day in April. Even though less people are cycling to work more are enjoying the physical and mental health benefits of biking than ever before. The Wisner Trail, a popular paved commuter bike path, has seen a 255% increase in usage this year. As folks start returning to work, we expect the number of bike commuters in New Orleans to continue its meteoric rise. With a 300% increase in commuters since 2003, New Orleans is proud to be one of the most popular cities for commuters per capita, ranking 5th in the US in 2019. 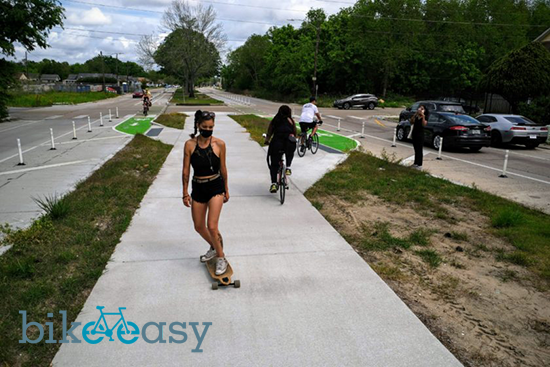 Next time you’re in NOLA, whether it’s for Mardi Gras or Jazz Fest, you can rest assured that The Big Easy is a safer, and more fun, place for cyclists because of Bike Easy.