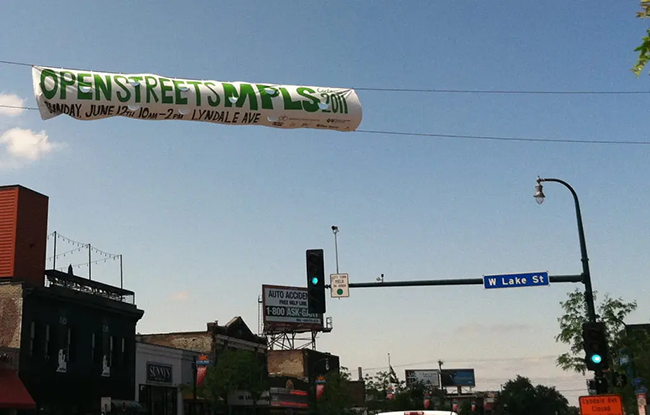 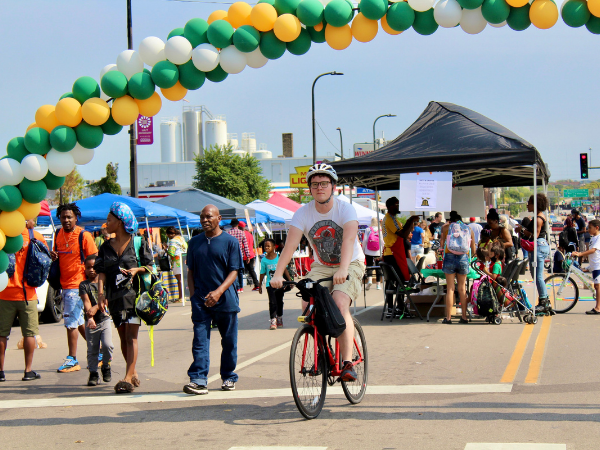 Last year, Our Streets Minneapolis scored a win when they got the state to adopt their first VMT goal—MnDOT officially announced they would work to reduce vehicle miles traveled by 20% across the state by the year 2050. Our Streets Minneapolis was instrumental in the city of Minneapolis adopting a nation-leading Complete Streets Policy. And from 2013–2016, their “Bikeways for Everyone” campaign led to the development of protected bikeways in key areas of the city and changed the way folks in Minneapolis think about bikeways. 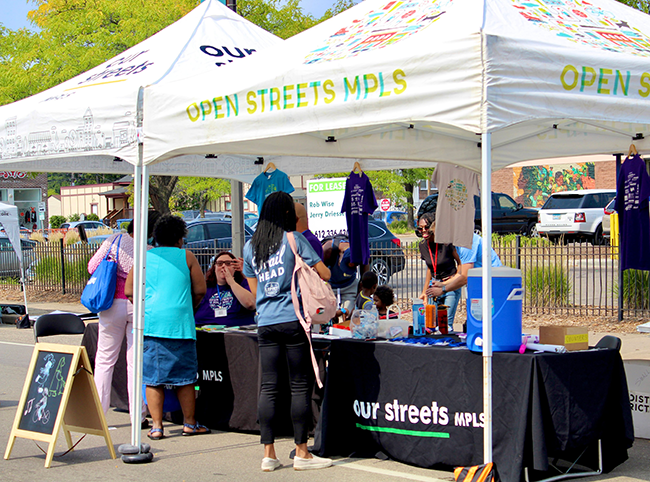 But their advocacy doesn’t end there. In partnership with the Harrison Neighborhood Association, Our Streets Minneapolis has been leading the charge to “Bring Back 6th” and address the harms of the local Olson Memorial Highway by reclaiming this public space that was once a once vibrant Black corridor home to shops, music venues, and other thriving Black businesses. They’re also consistently updating a vision for a “Twin Cities Boulevard” that would transform a section of I-94 that runs from Minneapolis to St. Paul into a safer, lower-emissions, multi-modal boulevard.