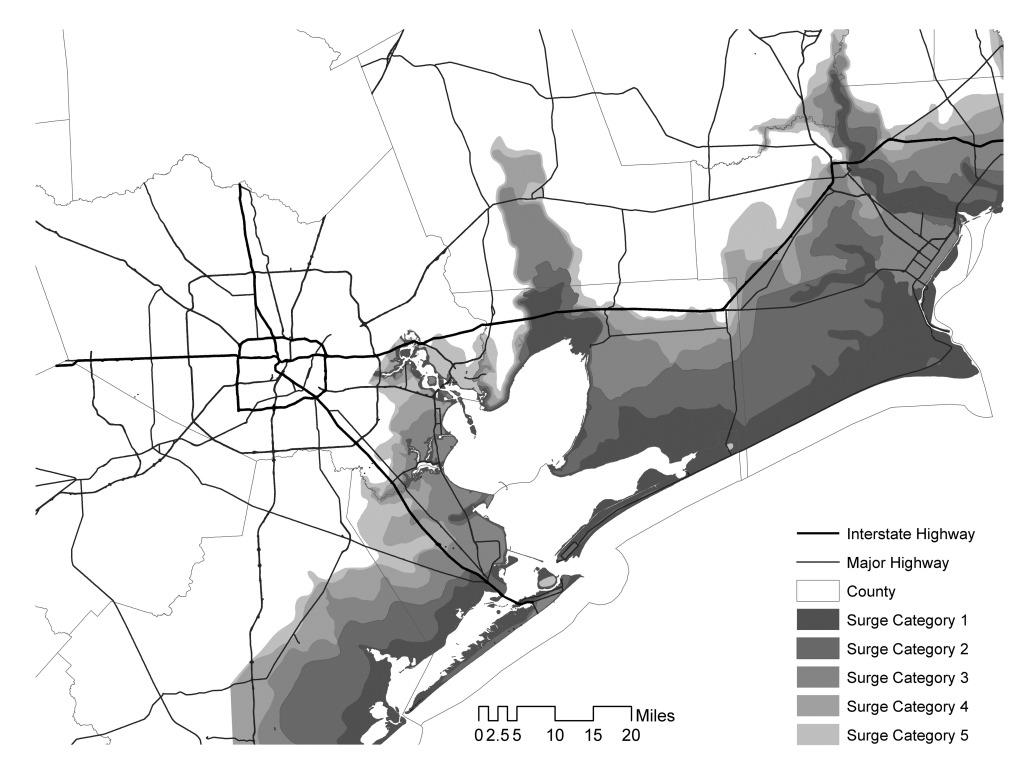 Coastal communities should generate surge and sea level rise risk maps as a fact basis for decision making. This map shows surge risk for Galveston Bay and the Port of Houston.

Most hazards are predictable, and many hazards can be depicted geographically. Some common hazards to map include, floodplains, wind risk, fire risk, surge zones, hazardous material sites, and sea level rise. Map these hazards in your community. There are a number of resources available to obtain these data from sources like NOAA, the IPCC, and the EPA. 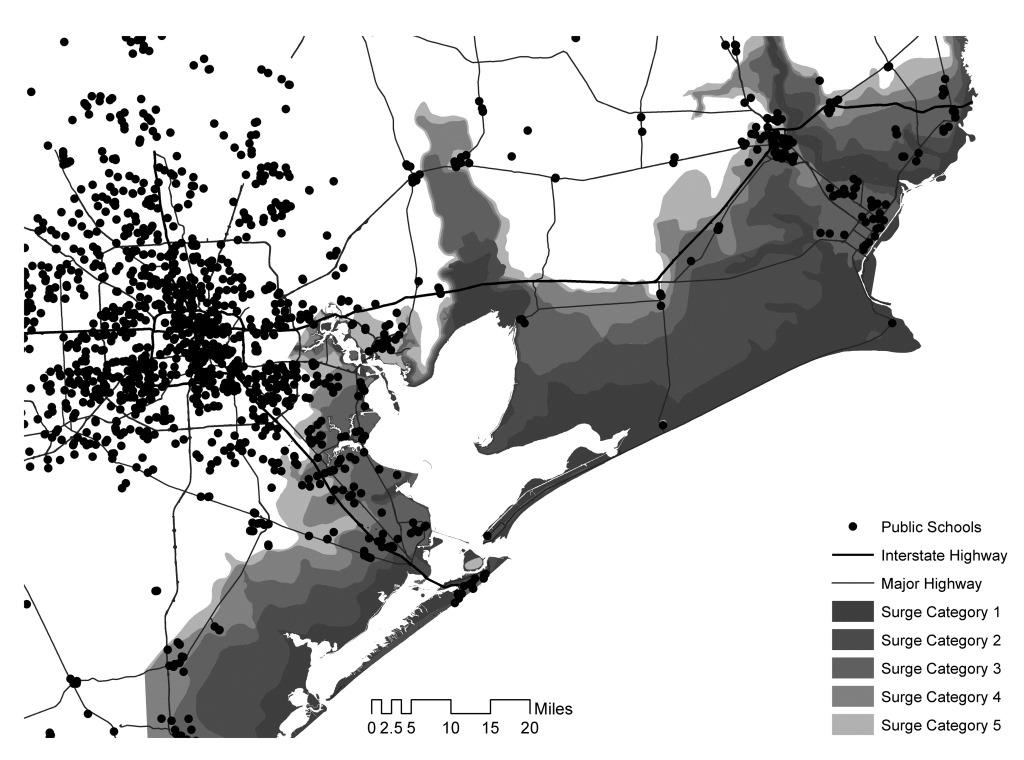 Public schools in surge zones. Hurricane surge zones 1-5 are shown overlaid with public schools. You can see the devastating effect of a hurricane along the upper Texas coast if mitigation measures are not taken.

Once you have identified and mapped hazard exposures, you can then identify the elements in the built and natural environment. Overlay the physically vulnerable sites in your community with hazard exposures. Pay particular attention to critical facilities and infrastructure. Where are the roads that provide evacuation routes? Where are the schools, fire stations, police stations, and hospitals? Are there components of the electrical grid or telecommunications that are exposed to hazards? Are there historically significant and cultural sights in your community? Also think about the large economic drivers that are exposed. Are there key institutions or industries that will be critical for business recovery? We can also identify areas that are precious natural resources. How will the bird sanctuaries and wetlands be affected? Are there large forested areas that, if exposed to fire for example, would be catastrophic for the ecosystem and generate additional vulnerabilities? How will fisheries and aquatic life be affected? All these characteristics can and should be displayed in map form. Are there particular areas that are physically vulnerable to hazards? The third-order social vulnerability indicator, the total of all seventeen first-order indicators.

The least identified and mapped characteristic is social vulnerability. Social vulnerability refers to populations that may have a more difficult time preparing, responding, and recovering from a disaster. Are there areas in your community with higher levels of single parent households and households with dependents? These populations will have child-care needs during and after an event. Are there groups with disabilities or without vehicles? These groups will have transportation or evacuation needs. Are there clusters of minority populations? These groups systematically face discrimination on a daily basis, which are magnified in a disaster. Overlay these areas with hazard exposures. What patterns emerge? Which areas and populations are exposed to hazards? Finally, overlay all three community characteristics. Determine the areas where the layers intersect. Focusing attention and providing assistance to these hotspots during evacuation, sheltering, and recovery will allow you to understand your community needs in a disaster. Planning and mitigating—or reducing the hazard exposure all together—will yield a community that is more resilient to disasters.
cities
climate change
equity
hazards
disasters
planning