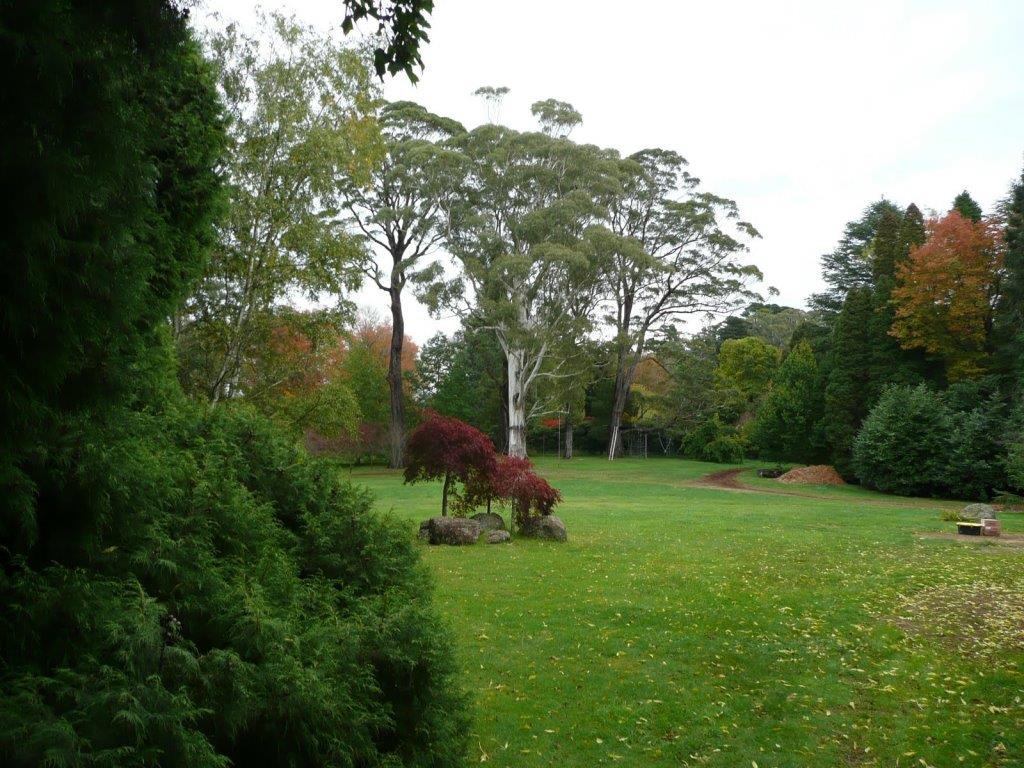 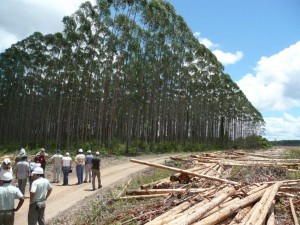 Eucalyptus plantation in Brazil. A forest farming operation; the world uses a lot of paper.
Most people take trees for granted: they’re those large plants with big hard stems and leafy tops. Even those who live in cities and virtually never see a tree except in parks, know that different types (species) vary enormously in size and structure. Also, everyone knows—vaguely, in some cases—that there are different forest types, although  most would be a bit pushed to name some, or to describe the basic characteristics of, for example, coniferous, tropical or temperate deciduous forests.  None of which is particularly important; lots of people have a very strong aesthetic appreciation of the beauty of trees and forests, and probably recognise, at least instinctively, that they are very important in the world, even if that recognition is confined to the knowledge that wood comes from trees and that paper is made from wood. And the modern world uses a great deal of paper. 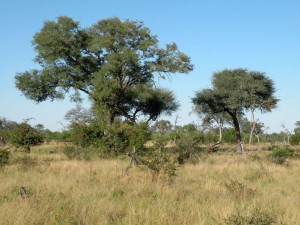 Trees in African savannah
Trees and forests feature quite largely in poetry and literature. As kids we were probably absorbed by Grimm’s fairytales, which tend to feature dark forests (they were written in northern Europe where many of the forests are coniferous and dark). And of course dark forests feature in Nordic myths and legends, not to mention Robin Hood and Lord of the Rings. Then there was Enid Blyton’s “The Faraway Tree” and, in modern adult literature, Eucalyptus, by Murray Bail. Last Christmas my family gave me a book of beautiful photographs of, and comments on, Australia’s remarkable trees (Richard Allen and Kimball Baker): they range from the gnarled and twisted acacias surviving improbably in arid semi-deserts to towering, majestic karri in Western Australia and (the misnamed) Mountain Ash (Eucalyptus regnans) in Victoria and Tasmania. You could probably find references to trees in Shakespeare’s plays, but I have to confess that I’m not familiar enough with those to be able to say where, at least not ‘off the cuff’. Big trees, when you think about it, are amazing. That whole massive structure consists of microscopic cells, of a range of specialist types doing different jobs: cells in leaves doing photosynthesis—breaking down CO2 to produce the carbohydrates that underpin all (or nearly all) life on earth; nutrient absorbing cells in the roots; cells that transport nutrients and water up the trunk and structural cells that determine the shape and strength of the tree. Across the road from my office I can see tall, straight eucalyptus trees in my neighbour’s garden. They’re about 30 m high, with slim white trunks. The branches and foliage are mostly in the top half—in fact mostly in the top 10 m, so when the wind is strong the force (drag) on all that material stuck up in the air is enormous. (I once spent several interesting weeks in a wind tunnel measuring the forces on trees and their foliage elements.) But, regardless of the technicalities, the practical result, for my tall neighbours, is that their tops swing through arcs that I estimate must be at least 5 m. It can be quite alarming: as gusts ease the tops swing back, to be driven out again by the next gust. And the trunks don’t break. It’s only in recent times that humans have been able to make materials (using carbon fibre technology) that would stand that amount of flexing. Not that trees never break; they do, of course, and they also get uprooted in high winds. Breakage or uprooting happens when the frequency of the gusts matches the way the trees flex (their natural elasticity) so that the trunks swing more and more with each gust and eventually reach their limit. (This doesn’t just apply to trees; it can happen to tall man-made structures. An astonishing example was the collapse of the Tacoma Narrows suspension bridge in Washington State in 1940. The so-called structural frequency and elasticity of the bridge were freakishly matched by the gust frequency of a strong wind and the structure was spectacularly destroyed. 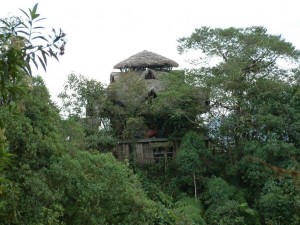 A unique hotel in Ecuadorian rainforest
It’s a sad fact that forests, particularly tropical forests, are being destroyed around the world—particularly in Indonesia, Papua New Guinea, the Pacific islands and the Amazon Basin—at an alarming rate. The destruction is driven by human greed and short-sightedness (why are we not surprised!?) to provide hardwoods, land for palm oil plantations and soya bean production and ever more space for the encroachment of peasant farmers. This has huge implications for biodiversity, hydrology—affecting river flows and, when the clearance is on a large scale, local climates—and for the carbon balance of the world as a whole. Forests absorb enormous quantities of CO2 and store massive amounts of carbon. When they are destroyed most of that carbon is released into the atmosphere, contributing to the increase in atmospheric CO2 being driven by the combustion of fossil fuels. So it’s worth getting political about trees and forests and trying to persuade politicians that they are important in the great scheme of things which, as far as I am concerned, means the health and beauty of the planet. Reposted with permission from Ideas and Speculations.
carbon
deforestation
ecology
ecosystems
forests