In this installment of the occasional series, we hear from Reed Noss, author of Forgotten Grasslands of the South.

Q. What first drew you to study these unique places?

A. First of all, the aesthetics. Here are these beautiful open breezy places, full of flowers, in a landscape otherwise thick with dense second-growth forests and swamps, pine plantations, and increasingly, urban sprawl. Then I learned how amazingly rich in biodiversity southern grasslands are, and that sealed it. 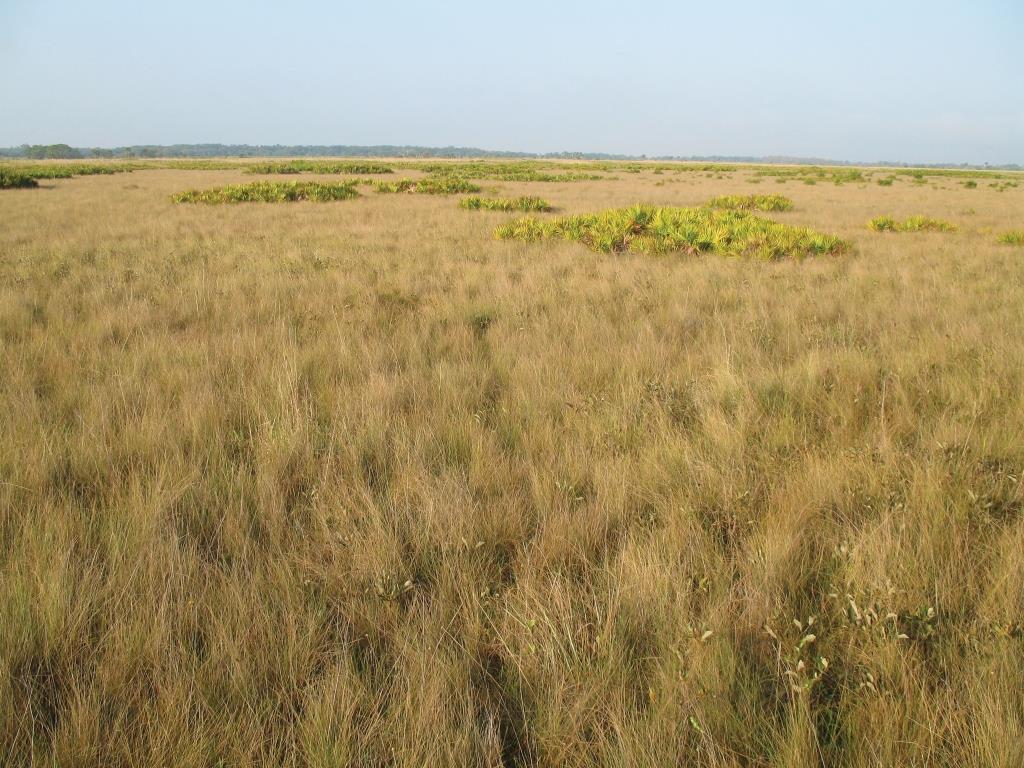 Florida dry prairie at Kissimmee Prairie Preserve State Park. Once covering more than 1.2 million acres, the dry prairie has been reduced by around 90%, mostly due to conversion to "improved" pasture. Still, tens of thousands of acres remain in relatively large blocks, making this one of the most extensive grasslands in the South.

Q. Describe one of your favorite southern grasslands. What makes it so special? 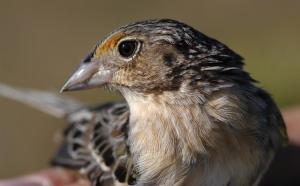 The Florida grasshopper sparrow (Ammodramus savannarum floridanus), endemic to the Florida dry prairie, federally listed as endangered, and declining rapidly for reasons that are not entirely understood. This is probably the most highly imperiled bird in the continental United States.

A. One of my favorites is the Florida dry prairie. Botanist Roland Harper in 1927 described the dry prairie of south-central Florida as having “views strongly suggestive of the Great Plains.” It’s a very odd ecosystem, like pine flatwoods in many respects except that it naturally has few or no trees. You can see for miles, and the clouds (and thunderstorms) in such open areas in Florida are magnificent. The dry prairie is also the only home of the Florida grasshopper sparrow, which is probably the most highly imperiled bird in the continental United States, and one I personally care much about.

Q. What are some of the threats currently facing southern grasslands? Is there hope to combat them?

A. One major threat is that people, even including many ecologists and environmentalists, don’t know that these grasslands exist – or they think they were all created by human activity. Conversion to agriculture, including monoculture pastures and pine plantations, has destroyed many southern grasslands, and losses to urbanization are increasing. One of the biggest specific threats is fire exclusion, either through deliberate suppression of fires, fragmentation of landscapes (which prevents the natural spread of fires), or failure to apply controlled burns to areas that are too small to receive enough lightning strikes to burn frequently on their own. 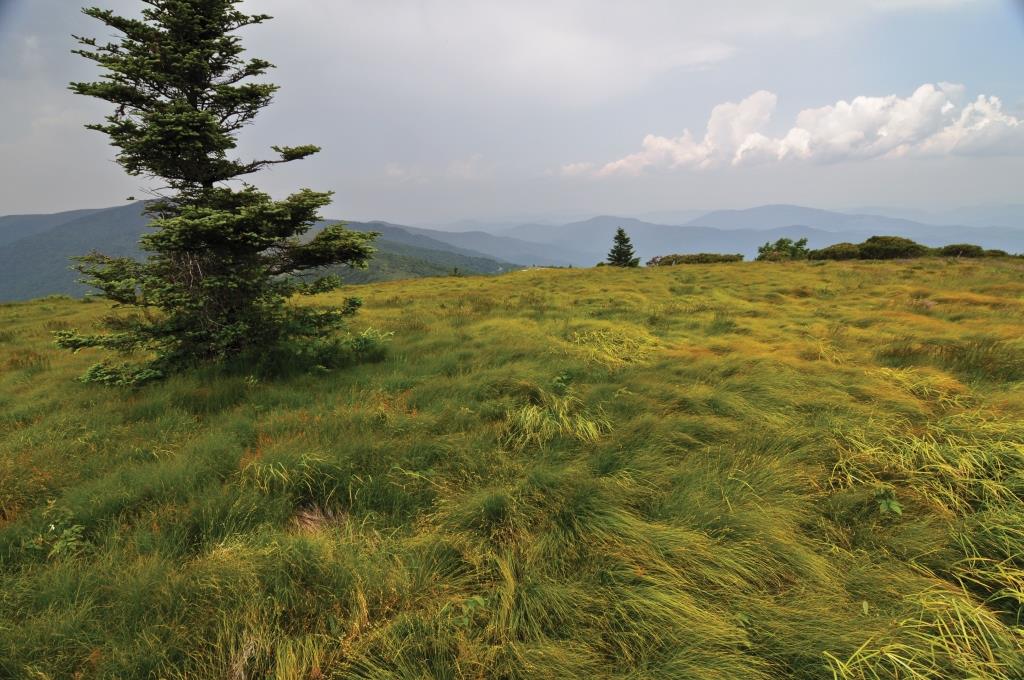 A grassy bald on Roan Mountain, on the Tennesse–North Carolina border.

Q. Why are factors like fire and herbivore populations important to the health of these ecosystems?

A. Fire and large herbivores both reduce densities of trees, allowing grassland to flourish. We lost most of our large herbivores near the end of the Pleistocene, around 13,000 years ago, due in large part to over-hunting by humans. We lost bison from the South more recently. Fire has been important in Earth history for more than 400 million years and has shaped much of the vegetation worldwide. It so happens that thunderstorm and lightning frequency is highest in the southeastern United States – especially Florida – than anywhere else in North America (except, apparently, one little part of Mexico). Hence, many of our plants and animals are well adapted to fire, to the extent that entire ecosystems are fire-dependent. In the absence of fire, many of these species and ecosystems disappear as fire-intolerant species, such as many hardwood shrubs and trees, invade and outcompete the fire-adapted species for resources. Nevertheless, some of the southern grasslands discussed in my book rarely or never burn; they are maintained by other factors such as extreme soils or regular flooding. 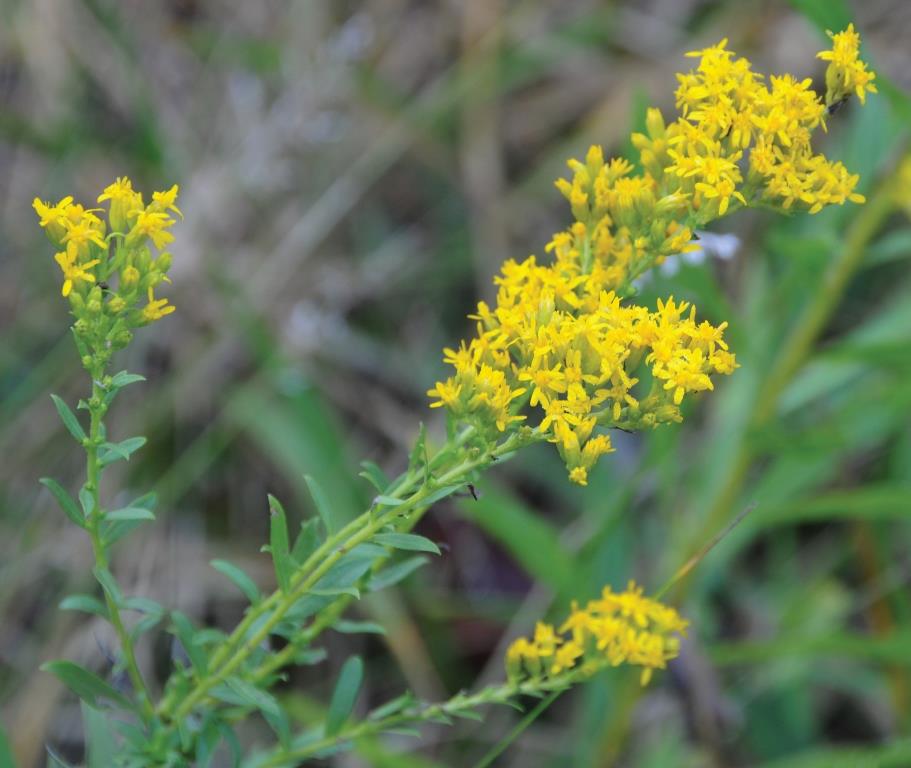 One of the rarest plants in the world, Short's goldenrod (Solidago shortii) is closely associated with ancient megaherbivore trails (buffalo traces) at Blue Licks Battlefield State Park in Kentucky and a recently discovered site in Indiana.

Q. How do you believe southern grasslands would be best conserved?

A. Effective conservation of southern grasslands will require protection of all reasonably high-quality sites that still exist, and restoration of many of the sites that have been degraded by fire exclusion and other factors. Management, such as controlled burning, must be continued and improved. Forestry agencies need to stop enforcing “burn bans” that prevent managers from burning during the times of year when most lightning fires naturally occur, and to which grassland species are best adapted. Finally, we need to increase public awareness and understanding of these ecosystems. People will only want to save what they know and appreciate in some way. 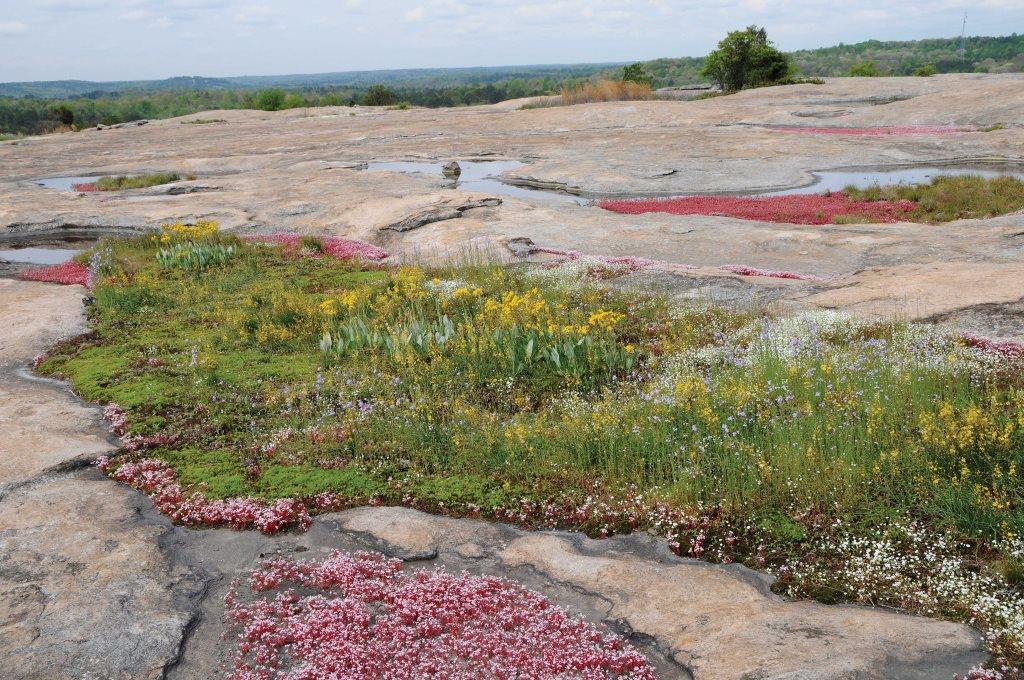 Mt. Arabia, Dekalb County, Georgia. This is a granitic flatrock community just east of Atlanta. At least twelve full species and several subspecies and varieties of plants are strict endemics on these igneous and metamorphic outcrops in the Piedmont.

Q. How could some of the success stories of southern grasslands be applied to other ecosystems?

A. Good conservation and management requires some understanding of the biogeographic, ecological, and human history of the ecosystem in question, what factors maintained it over time (or failed to), what threatens it, and how it responds to various kinds of management interventions. We have learned much of these things for southern grasslands based on the work of naturalists and ecologists over the last couple centuries and beyond, and by understanding how indigenous peoples managed and maintained some of these ecosystems over thousands of years (whereas others got by just fine on their own, or with a little help from lightning). The basic lessons about ecological and evolutionary processes in southern grasslands can help inform conservation, restoration, and management of other kinds of ecosystems worldwide.