The Island Press Urban Resilience Project, supported by the Kresge Foundation, is working to promote a holistic understanding of resilience that is grounded in equity and sustainability. This post, by Ann Kinzig and Laurie Mazur, was originally published on Grist.org 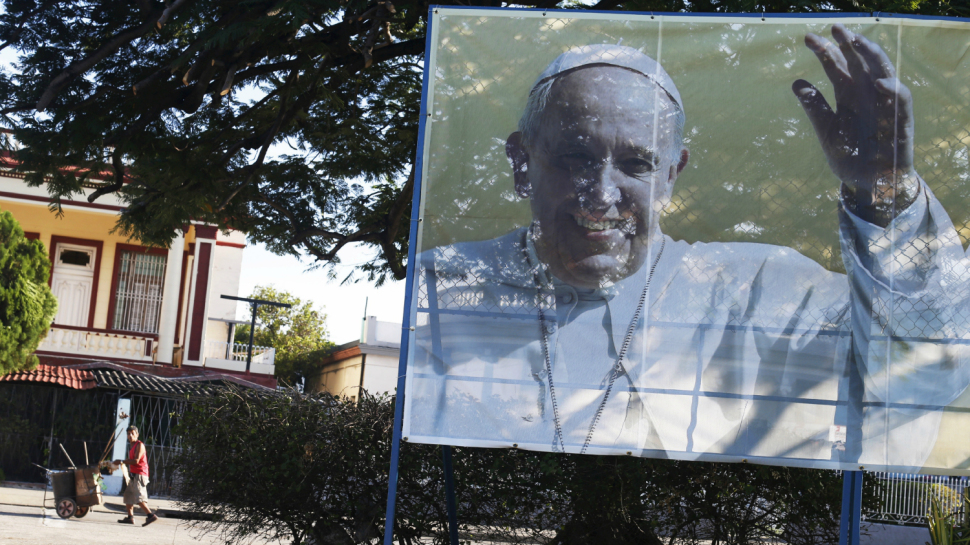 This week, Pope Francis is making his first visit ever to the U.S., and there is plenty of speculation about what he will say. But the pope has already delivered a powerful challenge to Americans in the form of his recent encyclical, Laudato Si: On Care for Our Common Home.

While many in the media have claimed this encyclical is about climate change, that is like saying the Bill of Rights is about the quartering of soldiers. Both are mentioned in their respective documents; neither is privileged. This is not an encyclical about climate change — it is instead a stunning piece that lays out a vision of a meaningful human life. It also declares that our current institutions and approaches are inadequate to the challenge of allowing this meaningful life for the vast majority of people.

For Pope Francis, much of what is required for a meaningful life obviously (and understandably) centers on spirituality and serving God. But he has powerful additional messages for believers and nonbelievers alike — that meaning in life derives from how we treat each other, and how we care for nature. “Everything is connected” is an oft-repeated phrase in this encyclical. In Pope Francis’s cosmology, we are each individually responsible for all other living creatures on the planet.

However, the institutions that structure our world — our globalized, market-driven economies and the technologies they employ — are not designed to serve those ends. That is not to say these institutions are without merit — they give us access to life-saving and life-enhancing goods, and help create and disperse knowledge globally. But no sensible economist would suggest that free markets do anything other than allocate scarce resources efficiently. They cannot guarantee access to food or water for the poor, cannot guarantee meaningful employment for all who want to work, cannot protect public goods like environmental resources without other regulations in place to do so. Likewise, we all know that technological innovation has potential to do harm as well as good.

This is what Pope Francis notes in his encyclical — that the markets and technologies that have achieved such a place of supremacy in our world have failed to secure a decent life for most of humanity. This should not surprise us — they were not designed to do so. We place too much faith in them, and ignore too many of the other compacts and contracts needed to nurture each other and the planet.

“The exploitation of the planet has already exceeded acceptable limits,” writes Francis, “and we still have not solved the problem of poverty.” The appalling gap between rich and poor continues to widen:

We fail to see that some are mired in desperate and degrading poverty, with no way out, while others have not the faintest idea of what to do with their possessions, vainly showing off their supposed superiority and leaving behind them so much waste which, if it were the case everywhere, would destroy the planet.

At the same time, our economic and technological systems have created a homogenized global culture that dazzles and distracts us, while leaving us spiritually impoverished. Francis derides the prevailing culture’s “constant noise, interminable and nerve-wracking distractions … [and] cult of appearances,” not to mention the “rapidification” of modern life — the ever-intensifying pace of life and work.

And what’s it all for? It seems that the imperatives of the marketplace (profit) and of technology (innovation and efficiency) have supplanted most other objectives for human activity.

To see where this gets us, have a look at the recent New York Times exposé on life at Amazon, the internet retail behemoth. In the article, Amazon — an institution that practically embodies the fusion of marketplace and technology — is described as a toxic place to work. Former and current Amazon employees speak of an environment where anyone who can’t keep up an 80-hour week — workers with children, for example, or cancer patients — are given the slip. It’s an environment where grown men and women routinely cry at their desks. And the article shows what success looks like at Amazon: an executive rapturously reports that the company was able to deliver an Elsa doll to a customer in 23 minutes flat. In what sensible world is this touted as a picture of success?

Of course, there’s nothing inherently wrong with turning a profit. And innovation and efficiency can certainly improve human well-being (imagine if we could deliver anti-malaria drugs in 23 minutes). But when the internal logic of the marketplace and technology solely shape our purpose, we lose our moral bearings. And the costs — to human beings and the planet — are just too high.

The African-American writer James Baldwin once said, “The world changes according to the way people see it, and if you alter, even by a millimeter, the way people look at reality, then you can change it.”

Pope Francis sees reality differently than most elites in the U.S. and globally. After decades spent ministering to the poor in a Buenos Aires shantytown, poverty is not an abstraction to him. Francis witnessed firsthand how multinational corporations suction resources from developing countries, leaving environmental and social devastation in their wake. And during Argentina’s 2001 economic crisis, he saw half of Argentines plunged into poverty, thanks in part to crushing austerity policies that grew out of the Washington Consensus.

Now, Francis asks us — especially those of us in the U.S. and other affluent countries — to alter the way we look at reality. With a small shift in perspective, we can see our problems, and our possibilities, differently. We can see that the Earth and its living things were not simply given us to plunder. We can see the costs of the prevailing system: a ravaged planet; a growing gulf between rich and poor; a restless unease even among the affluent.

And we can see that “free markets” and technological innovation are not ends in themselves, but means to achieve specific goals. It’s time to ask ourselves what our goals should be, and what are the best mechanisms to achieve them.

Most importantly, Francis helps us see that (contrary to Margaret Thatcher’s famous assertion) there are alternatives to the way we live now. Our economy, our politics, our technologies — these are not God-given verities, but human choices. It’s up to us to make different ones.

Ann Kinzig is a professor in the School of Life Sciences and chief research strategist at the Julie Ann Wrigley Global Institute of Sustainability at Arizona State University.

Laurie Mazur is the editor for the Kresge Foundation/Island Press Urban Resilience Project.

How to Reduce Food Waste While Saving Money and the Planet
July 1, 2020
Pets and Biodiversity Loss—What’s the Connection?
June 18, 2020
Remembering Michael Soulé
June 17, 2020