Skip to main content
Home   /   Blog   /   Preparing Autumn Buttercup for Reintroduction: It Takes a...
Conservation practitioners face many different hurdles on the path to a successful species’ reintroduction. One of those challenges is having enough propagules.  Studies have shown that reintroductions conducted with mature plants are often more successful than those conducted with either seeds or seedlings. 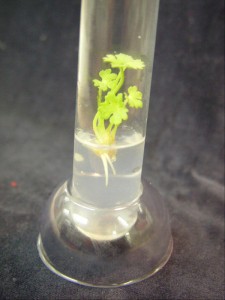 Fig. 1: Tissue cultured propagule of Ranunculus aestivalis showing initial radical extension at the Center for Research of Endangered Wildlife at the Cincinnati Zoo and Botanical Garden. Photo by Suzi Charles.

Even producing enough plants for reintroduction comes with struggles.  Plants produced either in the laboratory, via tissue culture techniques (Fig. 1), or in the greenhouse from seeds face issues associated with acclimatization to new environments. These ex-situ environments represent “luxury hotels” where plants are served nutrients and water and are provided accommodations that meet their every temperature and humidity need.  Not surprisingly, under these conditions both physical and physiological changes occur.  Overcoming  the luxury hotel life in preparation for the wild outdoors is where the challenge lies. Listed as a federally endangered species in 1989, Ranunculus aestivalis or Autumn buttercup was once thought to be extinct (U.S. Fish and Wildlife Service, 1991).   The species was re-discovered in 1982 in a wetland above the Sevier River in Utah, USA.  This one population currently resides on land owned by The Nature Conservancy.  Major threats to this herbaceous, perennial species include grazing from both small and large herbivores and loss of its perennial wet meadow habitat.  Efforts to remove Autumn buttercup from the endangered species list included augmentations and reintroductions to bolster the wild population.  A large consortium of conservation specialists has come together to make this a reality. Plant tissue is collected from the existing population by folks from Utah Valley State College and sent to the tissue culture specialists at the Center for Research of Endangered Wildlife (CREW) at the Cincinnati Zoo and Botanical Garden in Cincinnati, Ohio, USA.  Here, the tissues of R. aestivalisare propagated in test tubes on specialized agar.  Once the tissues have developed leaves and a simple root system, 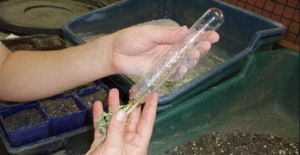 Fig. 2: Ranunculus aestivalis arrives at The Arboretum in test tubes. Propagules are carefully removed from the agar and put into potting soil. Photo by Kristin Haskins.

they are sent via airmail to The Arboretum at Flagstaff, in Flagstaff, Arizona, USA, where they are put into soil in the greenhouse and acclimated to life outside of the tube (Fig. 2). Because The Arboretum at Flagstaff has similar climate conditions to the reintroduction site and good growing facilities it is the partner of choice for this conservation activity.  The freshly potted buttercups are then placed on the mist bench (Fig. 3) and allowed to mature (Fig. 4).  Once they reach a size where they fill a 6” pot, the plants are placed outside in a lathe house and allowed to acclimate to outdoor conditions. 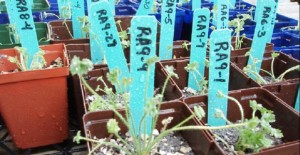 Once the plants are acclimated to the outdoors, they are driven up to the main field site, by the Sevier River in Utah, where the first reintroductions have occurred.  Colleagues from Utah Valley State College, The Nature Conservancy, The Arboretum at Flagstaff, CREW, and many volunteers have all taken a part in putting this species back into its natural habitat. 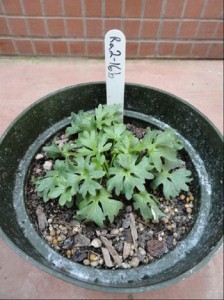 Fig. 4: Ranunculus aestivalis ready to move outside to the lathe house for additional acclimatization. Photo by Kristin Haskins.

Monitoring the reintroduced populations is conducted by staff at Utah Valley State College.  Progress in Autumn buttercup reintroduction would not be where it is without the help and collaboration of all of these partners. As is true for most work with endangered species, the species and the community benefit from shared involvement in conservation.
climate change
conservation
restoration

Kristin E. Haskins is the research scientist at The Arboretum at Flagstaff and a research assistant professor at Northern Arizona University in Flagstaff, Arizona. She is the co-editor of Plant Reintroduction in a Changing Climate.