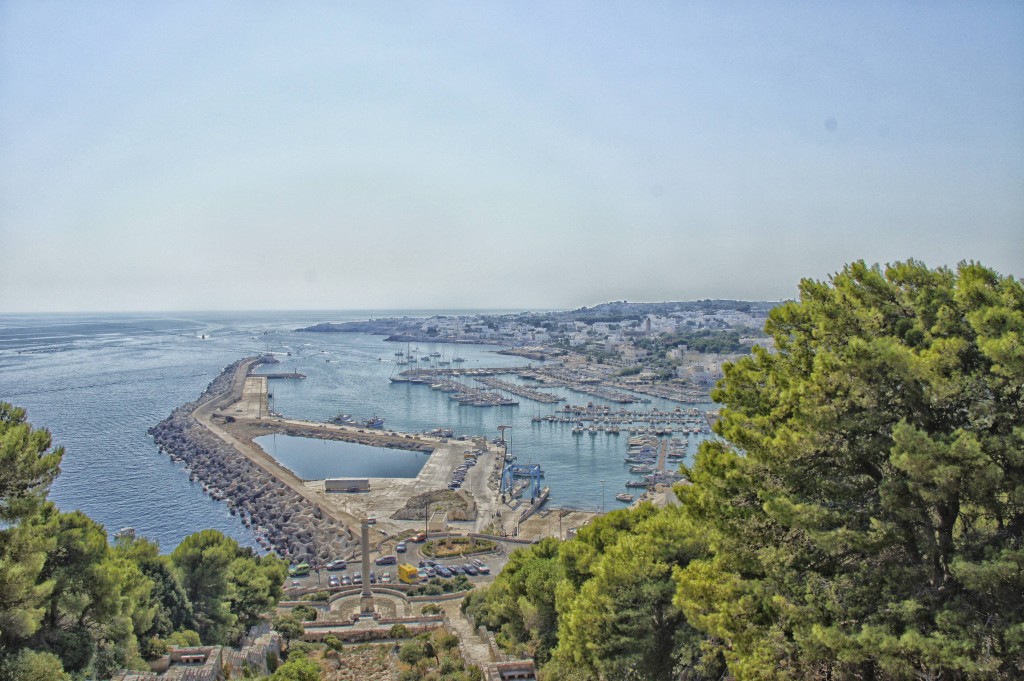 In the city, we blend the familiar with the edge of the unknown.

I doubt that before today, any urbanist writer has used an old, Latin term that lives on in southern Italy, to explain the particular wonder of certain city street-ends. The term, finibus terrae, meant one end of the Earth to the Romans—the edge of the known extent of the land. In Santa Maria di Leuca, at the tip of Italy's boot-heel, there is a longstanding basilica named for this ancient boundary. When we were there, in 2008 and 2011, and saw the seaward view from the basilica, it was clear why the place is legend. Surveying the expanse over the juncture of the Adriatic and Ionian seas, people once saw—or imagined—a void in their tangible environment that they could not explain, other than to say, the world stops here. When the world was flat, it was a place to ponder the human confluence with the unknown, a figurative end of the road, with a view towards an undefined beyond. In modern parlance, we've embraced the multifaceted meanings of the "end of the road", or "dead ends". These labels can describe failed businesses or careers, or something more ominous. In physical form, they may apply to an unfinished right of way, a route barred by topography, or a highway cut off by a natural disaster. In the context of evolving cities, such terminal places—often called street-ends—are also opportunities for change or transition. A street-end may feature preservation of viewpoints, improvements such as public gardens, or enhanced safety measures (e.g., landscaping, lighting or fencing from danger). In fact, some cities celebrate the opportunities for street-ends, where, often, the public path comes to rest. City staffs and nonprofit organizations champion property use, and access in and around such dead-ends (where unimproved right-of-way is sometimes wrongly appropriated by abutting property owners). In Seattle, for instance, Department of Transportation programming especially emphasizes shoreline street-ends and the opportunities for improvements along Lake Washington and Puget Sound. 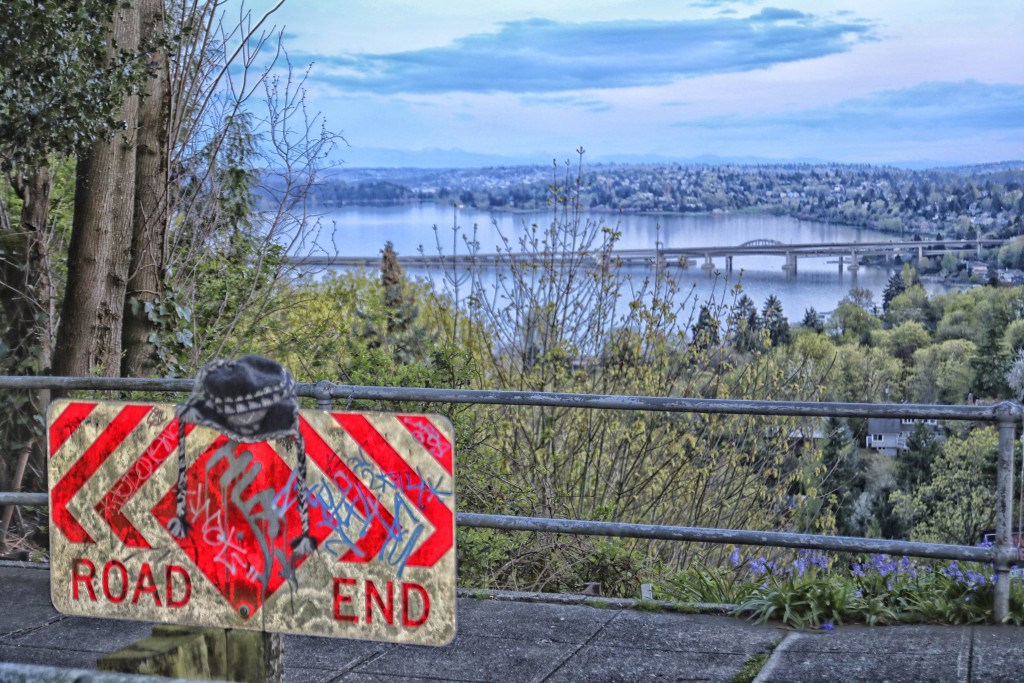 Seattle. Photo by Charles R. Wolfe.
Shoreline street ends are not the only Seattle examples. As illustrated above, other street-ends display dramatic views over lake and bridge, with neighborhoods beyond. Old and new ideas meet here, along with examples of city life. Here we see safety enhancements—signage and a railing—complemented by graffiti, and a custom lost and found for a knit hat left behind. Today's urbanist may also see a future gondola station, a walkable destination, or the potential for sustaining natural pockets amid the built environment. But what compels such vision? I'll take a leap of faith here, in order to put a modern gloss on the human imagination that conceived the edge of the earth in Italy, long ago. As with the finibus terrae, such edges, and views, will always inspire us to create tangible and useful meanings for the spaces beyond.
cities
urbanism