Today is the final day of University Press week, and I've asked some of our editors to talk about the field/scholar/research avenue they currently follow. Who is their must-read or follow on social media? 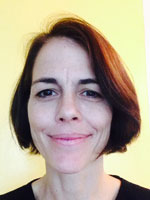 One fascinating and critical area of study is related to pedestrian and bicycle safety in urban areas. While information abounds about the value of infrastructure to promote walking and biking for health, economic, livability, and sustainability reasons, new lanes, signals, and signage will not be enough to help motorists adapt to an increasingly multi-modal cities. Although New York has become nationally recognized as a leading innovator in safe street designs, on average, vehicles seriously injure or kill a New Yorker every two hours. New York, Los Angeles, and San Francisco have recently adopted Sweden’s Vision Zero approach to pedestrian safety. In New York this recently resulted in a lowering of the city-wide speed limit to 25 miles an hour. But great challenges remain in enforcing the speed limit and charging drivers for pedestrian injury or death. While the car dominance of global cities is shifting to accommodate other modes, cultural shifts to respect pedestrian and bicycle safety within police departments and among auto-dependent citizens are slower to change. The work of Streetsblog, a national daily blog on reducing automobile dependence in cities is an invaluable resource. Most major cities also have an advocacy organization that is bringing these issues to light, such as Transportation Alternatives in NYC, and other organizations invested in promoting urban livability and sustainability, such as SPUR in San Francisco. Island Press has a partnership with SPUR to bring our authors working on urban transit issues to the Bay Area for events and discussions. The National Association of Transportation Officials (NACTO) and Complete Street Coalition are just two additional partners for Island press in providing critical information on safe street design and policy. 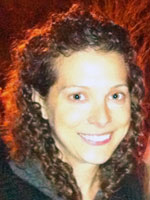 One of my favorite areas of emerging research is on the human microbiome. We have long known that the number of bacteria living in and on humans outnumber our own cells by a factor of ten, but how these diverse species impact our health is a novel and exciting field of inquiry. The make-up of our microbiome is affected profoundly by the food we eat, which is, in turn, shaped by the environment in which that food was grown or raised. There is no better authority on the wide-ranging consequences of the food system than Jonathan Foley, Director of the Institute on the Environment at the University of the Minnesota. Foley was honored with The Heinz Award this year and is becoming more and more recognized for his work both on sustainable agriculture and science communication. Island Press is contributing to the popular dialogue about a healthy food system with important books such as Chasing the Red Queen by Andy Dyer and Food, Genes, and Culture by Gary Nabhan. 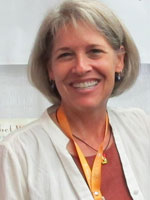 The hottest research avenue in oceanography I'm following right now is Dr. Robert Ballard's Nautilus Live Corps of Exploration (a play on Lewis and Clark's Corps of Discovery): Dr. Ballard, a long-time explorer-in-residence for the National Geographic Society, founded the Nautilus Exploration Program in 2008, which conducts deep-sea scientific research to the highest international academic standard in oceans worldwide, offers live video and audio streaming from its expeditions and makes the data available for scientists anywhere. The ship's MO: Discover, characterize, move on. His team of ethnically diverse scientists include at least 55 percent women in leadership positions. The ship spent years in the Black and Crimean Seas, before heading to the Caribbean and Gulf of Mexico in 2013. In the spring of 2015 the Nautilis moves to the Pacific Ocean, where it will remain indefinitely. A major area of their research this past year was deep sea coral and the 2010 Deepwater Horizon Oil Spill. The Nautilus Live website describes how they studied the long-term effects of the oil on coral and associated communities looking at the effects of natural gas seeps on coral to better understand what might make some corals more resistant to oil spills than others. Ballard and his colleagues are particularly interested in chemosynthetic ecosystems, which rely on complex interactions between bacteria, chemicals, and geologic processes to create energy far from the reach of sunlight. First discovered in the 1970s, these communities have been found in oceans around the world as scientists like Ballard have devised ways to explore deeper and deeper to the bottoms of oceans, with strange, almost other-worldly organisms unlike anything we could have imagined. 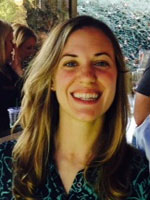 There’s a lot of creative energy focused on incorporating natural infrastructure into cities these days— from managing stormwater with rain gardens to studying how tree canopies reduce the urban “heat island” effect. As we prepare for climate change, it’s important to figure out how we can work with nature, not against it. I’m particularly interested in the work being done by Kate Orff, an associate professor at Columbia University and founding principal of the design studio SCAPE. Her ideas for using oyster reefs as both a buffer for storm surges and to promote cleaner water around Staten Island—improving the shallow-water ecosystem and protecting human habitat onshore—exemplify how we might rethink the relationship between what’s wild and what’s manmade. Island Press has a long history of publishing green infrastructure books, and forthcoming titles Conservation for Cities and Wild by Design will be important resources for people working on issues that combine ecology, planning, and urban design. Watch Kate's TED talk