“I am the Lorax! I speak for the trees.

Does Nature have rights that courts of law must consider? If it does, who speaks for Nature in the courts? Recently, both India and New Zealand have responded to these questions by granting personhood status to three rivers, the Ganges and Yamuna in India and the Whanganui in New Zealand. Indigenous peoples in both countries argued that the wellbeing of both the rivers and the people are inseparably linked. Whatever happens to the rivers happens to the people, so if the people have standing in courts of law, so should the rivers.

These actions by the Indian and the New Zealand governments bring to fruition a proposal raised nearly 50 years ago, in 1972, by Christopher Stone in his influential book, Should Trees Have Standing?  (republished in 2010 by Oxford University Press). I was an undergraduate geology major at the time of its publication. While I didn’t become an environmental lawyer, this slim volume made me realize that deep social and legal reasoning are equally required to solve environmental problems as are the scientific approaches I was learning in my classes.

Under English and American common law, Stone explains, it is unthinkable for natural objects such as rivers or forests to have legal rights. First, natural objects do not have standing in courts of law: that is, they cannot bring a suit on their own behest. A downstream riparian landowner can bring suit against a polluter upstream, but that suit is brought on the landowner’s behest, not the damage to the river itself. Second, in making a decision on a suit, the court weighs the economic hardships of forcing the polluter to cease against the economic losses of the downstream riparian landowner. The damage to the river’s food web does not weigh in the balance. Finally, the beneficiary of a favorable decision is the downstream landowner, not the riverine food web. This landowner may choose to spend the monetary award from the polluter on restoring the river in the stretch flowing past his or her property, but is not obliged to. In summary, under common law, damage to natural objects has no meaning or standing in and of itself, but only in relation to the economic well-being of a group of citizens who have standing to bring the suit. 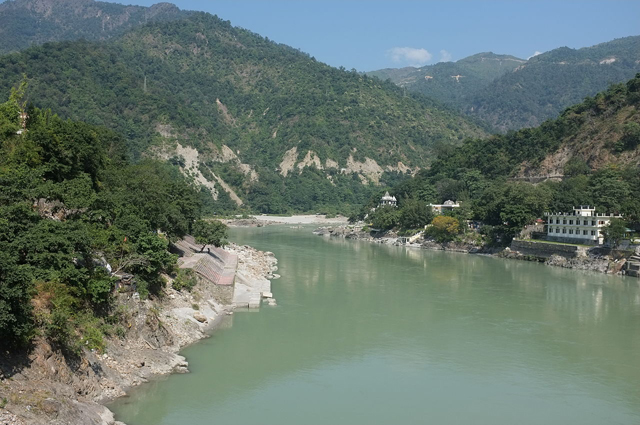 The Ganges River near the Lakshman Jhula bridge in Rishikesh, India

Natural objects cannot speak for themselves. Instead, Stone suggests that a group of citizens be granted guardianship status over natural objects. In the case of the rivers in India and New Zealand, the Hindu and Maori peoples have been granted guardianship status over the rivers because their traditions state that the rivers are central to the peoples’ existence: damage to the river also constitutes damage to the people. The guardians in turn have a responsibility to ensure that monetary awards for lawsuits brought on behalf of the rivers are spent on the rivers themselves. Finally, the guardians have the responsibility of monitoring the health and well-being of the rivers. These decisions of the Indian and the New Zealand courts go far beyond the status of natural objects in common law.

Giving legal rights to natural objects is unthinkable for many people.  It will remain unthinkable until they value natural ecosystems exclusive of their roles as suppliers of resources and services for economic well-being. It is hard to value a natural ecosystem or a landscape for itself until we think it is worthy of rights. The decisions of the courts in India and in New Zealand are attempts to break this vicious circle. Because of these decisions, we may be on our way to a heightened empathy with natural landscapes and a deeper understanding of our relation to them.

I thank my grandson for help with the Lorax quote.

John Pastor is an ecologist and professor of biology at the University of Minnesota, Duluth, where his teaching and research focus on the natural history and ecology of northern ecosystems. He is the author of What Should a Clever Moose Eat?