Skip to main content
Home   /   Blog   /   The Wilderness Act at 50: Learning from the Imperfect
Editor's note: September 3 marks the fiftieth anniversary of the signing of the Wilderness Act. To commemorate the anniversary, we asked a small group of Island Press authors to reflect on the influence of this law to date and how its role may or should change as we move into an uncertain future. We are sharing the series this week and next. This post was written by Richard Waring with assistance from coauthor Joe Landsberg. Fifty years ago, the 88th US Congress passed a unique law that changed our views about undeveloped areas left road-less and motor-less. September 3 is the anniversary of the 1964 Wilderness Act, and although the law is imperfect, we should celebrate its passage. In the Act, Congress defined wilderness “as an area where the earth and its community of life are untrammeled by man, where man himself is a visitor who does not remain.” While native people consider the forests, deserts, grasslands, and tundra in which they live as home, our ancestors who immigrated to the Americas since 1492 generally feared wilderness and destroyed much of it in the process of creating ranches, farms, and towns. 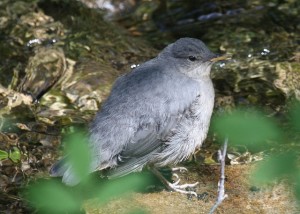 This is a water ouzel, for those less versed in wildlife than Justice Douglas. Photo by Erin and Lance Willett, used under Creative Commons licensing.
Many Americans experienced a change of heart in relation to wilderness in the late 50s and early 1960s. As more and more roads were built on federal lands to extract timber and other resources, those who went into the wilderness to seek solitude and take a break from city life found their options narrowing. These hikers and campers, backpackers and nature lovers, found a powerful ally on the Supreme Court, William O. Douglas, who argued that nature should have standing in litigation similar to that offered corporations. He wrote, “So it should be as respects valleys, alpine meadows, rivers, lakes, estuaries, beaches, ridges, groves of trees, swampland, or even air that feels the destructive pressures of modern technology and modern life. The river, for example, is the living symbol of all the life it sustains or nourishes—fish, aquatic insects, water ouzels, otter, fisher, deer, elk, bear, and all other animals, including man, who are dependent on it or who enjoy it for its sight, its sound, or its life. The river as plaintiff speaks for the ecological unit of life that is part of it.” We should celebrate the fact that the number and size of areas declared as wilderness on U.S. federal lands have grown by more than tenfold over the last half century. Initially 54 areas were set aside, representing a total of 9.1 million acres. Today, four federal agencies administer a total of 759 wildernesses representing more than 109 million acres. Other countries and organizations have followed the lead established by the U.S. Australia does not have a national act—management of the land is vested in the states—but New South Wales introduced its Wilderness Act in 1987: the wording suggests it owes much to the U.S Act. South Australia introduced a Wilderness Protection Act in 1992; it set out policies that should be implemented in the management of wilderness protection areas and zones in relation to, among other objectives, “the restoration of land and its ecosystems to their condition before European colonization and the protection of land and its ecosystems from the effects of modern technology and exotic animals and plants and other exotic organisms”; also “the entry into and use of wilderness protection areas and zones by Aboriginal people to observe Aboriginal tradition.” This extension of the concept of wilderness to include native people who depend on natural resources as their heritage is good news indeed. In Europe, in response to a resolution adopted by the European Parliament in 2009, the European Commission has drawn up guidelines for the management of wilderness and wild areas. Canada does not have a wilderness act, although it does have wilderness area regulations that apply to designated regions. Alas, declaring an area as wilderness does not guarantee its survival. Not just because people continue to poach game, illegally mine, log, and divert streams to irrigate marijuana and other crops, but indirectly through their visitation. When I first canoed the boundary waters of northern Minnesota in the early 1950s, we drank water off the handle of our paddles, never fearing a case of giardiasis, which was introduced by canoeists who had become infected as backpackers in the Himalayas.  Since then, we have learned that there is no corner of our planet immune from the spread of toxic compounds produced by humans for use in agriculture, and to fuel, house, and transport people and goods around the world. We have also discovered that non-native plants, animals, and diseases invade wilderness areas with impunity and do immeasurable damage. This is sad news but has a bit of a silver lining. 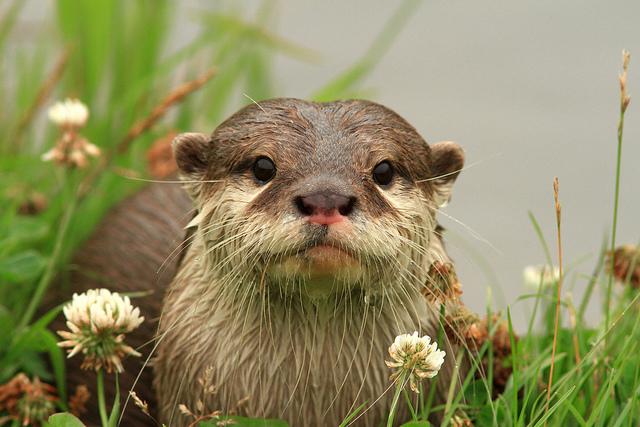 The nutria is just one of many invasive species across the US. Photo by Victor, used under Creative Commons licensing.
The silver lining is that wildernesses serve as a benchmark to what can happen without land development or direct management. Given their presence we are able to contrast policies to minimize fire with those that allow wildfires to burn; to compare the rates that diseases and pests invade them in comparison to areas with less protection; and to follow the recovery of wildlife, rivers and streams when legislation is passed to reduce pollution and remove pesticides from natural food chains. What makes me want to cry, however, is the threat posed by climate change to these gems we have set aside and try to protect. Because most wildernesses are isolated from one another, they are likely to play the role of refugee camps, which survivors of less hospitable climates invade and where the natives slowly perish. The denizens of wilderness depend, more than we ever imagined, on industrialized society. Our joint fate is dependent on a rapid transition to a less consumptive, more sustainable way of life.
biodiversity
climate change
conservation
diseases
invasive species
Wilderness Act