Editor's note: September 3 marks the fiftieth anniversary of the signing of the Wilderness Act. To commemorate the anniversary, we asked a small group of Island Press authors to reflect on the influence of this law to date and how its role may or should change as we move into an uncertain future. We are sharing the series this week and next. Fifty years ago Congress passed the Wilderness Act, with one of its drafters proclaiming “We should be guardians, not gardeners.” Fifty years on and many of the wilderness areas are under threat with their natural values in decline. We note that some now say there’s a need to intervene to boost the health and resilience of these spaces. Well, if so, then you need to appreciate the complexity of these wilderness areas, because that’s what resilience depends on; it is a systems concept. You need to consider the following: Resilience is about maintaining the processes in a system that enable it to keep functioning in the same kind of way, and therefore to maintain the same kind of structure–to have the same identity. But in and of itself, resilience is not an appropriate goal because it can be both good and bad. In common usage most people regard ‘resilience’ as being a good thing but systems in poor condition–weed-infested, eroded, or salinized for example–can exhibit high levels of resilience. What’s important is understanding what is conferring resilience on the system, what processes underpin the system’s capacity to remain in a desirable (or undesirable) condition. 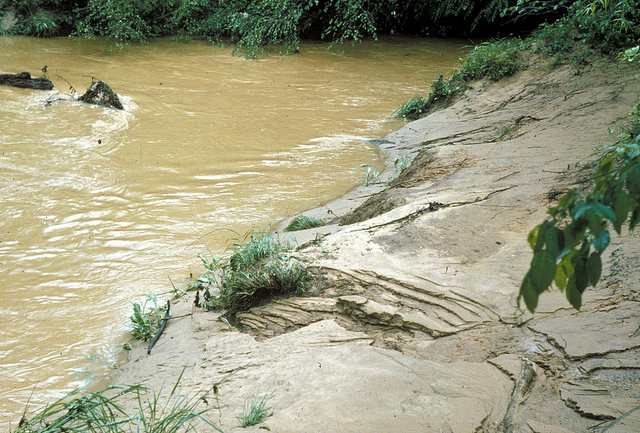 Undesirable ecosystems can be resilient as well as desirable ones. Photo by Chesapeake Bay Program, used under Creative Commons licensing.

An appropriate way to approach the problem is an initial focus on identifying possible undesirable states the wilderness system could move into, and the critical thresholds (in processes and the levels of key variables, such as population levels) that would lead to such shifts. Learning how to stay away from these thresholds, by identifying and managing the critical feedbacks involved, is the key to building resilience. Maintaining the processes in a system that enable it to keep functioning in the same kind of way doesn’t mean keeping it exactly the same. All systems change and adapt as the world around them changes. Holding a system in some fixed state diminishes its capacity to absorb change; it erodes its resilience. As external conditions change so the system needs to be able to respond and adapt. This includes changes in flows, which involves enabling features such as connectivity between separated populations and communities. The isolated nature of many wilderness areas means the species they collectively contain are made up of meta-populations and as external conditions change, exchanges between these populations become increasingly important. Understanding resilience is very much about understanding connections and linkages across scales of time and space, and between the social and biophysical domains that make up a system. It’s not about controlling or optimizing any of the system’s components to maximize their ‘value.’ So, in this sense, resilience doesn’t call for humans to be ‘gardeners’ of wilderness. But by the same token it doesn’t advocate we become ‘guardians.’ Traditional views of wilderness being walled off from the rest of the world might prove effective over short time periods but they ignore the dynamic and interconnected nature of wilderness. As the world changes, wilderness areas need the opportunity to respond and adapt to those changes. Cutting them off from this change doesn’t make them resilient, it makes them vulnerable.

Brian Walker is co-author of Resilience Thinking and Resilience Practice. He is past Chief of Australia's CSIRO Division of Wildlife and Ecology and is currently the Program Director of the Resilience Alliance.