Skip to main content
Home   /   Blog   /   The Wilderness Act at 50: Wilderness in the Anthropocene

Editor's note: Today marks the fiftieth anniversary of the signing of the Wilderness Act. To commemorate the anniversary, we asked a small group of Island Press authors to reflect on the influence of this law to date and how its role may or should change as we move into an uncertain future. We are sharing the series through the end of this week. This essay introduces the autumn issue of Earth Island Journal and is reprinted here with permission. The special issue focuses on the anniversary of the Wilderness Act and include a debate about the role of mountain biking in wilderness, some amazing photography, and a piece on making wilderness accessible to all. 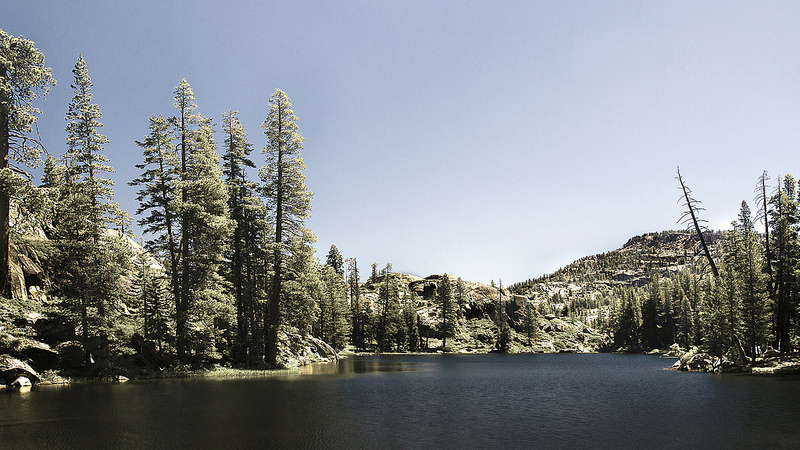 Camp Lake in the Emigrant Wilderness of the Sierra Nevada in California. Photo by Stephen, used under Creative Commons licensing.

We decided to use the long weekend for a backcountry getaway, figuring that the chance to spot a bald eagle soaring over an alpine lake would be just as patriotic as watching fireworks on the beach. Nothing more than a scant two nights and three days in the Emigrant Wilderness of the Sierra Nevada, a quick woodsy holiday. Toward the end of Day Two we were hiking through a place called Mosquito Pass when one of my companions exclaimed with delight: “It’s like another planet. A really fucking beautiful other planet.” I knew what she meant, enthusiastic expletive included. The scene was, in fact, amazing. Thick stands of purple lupine and the tiny white bells of moss heather clustered around meltwater ponds. The Sierra’s signature bone-white granite rising in dramatic swells and sweeps. Slopes of lodgepole and fir, the late-day light putting an extra coat of lacquer onto every needle. And, at the same time, the observation made me sad. What a shame, to think that our own Earth has come to seem otherworldly. Once commonplace sights and sounds—the stars at night, the burble of a stream—are now curiosities. Wild nature’s everyday magic has turned exotic. When we Moderns enter the last remnants of the original world we find ourselves strangers in a strange land. The wilderness’s alien feeling has been used to critique the value of wild places. The argument goes like this: In celebrating the wilderness as the ideal of an intact ecosystem, conservationists have encouraged an unattainable view of the man-and-nature relationship. Since seven billion people cannot make a living in today’s wilderness (“a place where man himself is a visitor,” in the words of the Wilderness Act), wildlands are a poor model for understanding how to coexist with the rest of nature. The wilderness—remote, uncompromising, inherently resistant to our designs—separates us from nonhuman nature rather than drawing us closer to it. There’s something important in this critique, even though it’s often taken too far. As Bjorn Philip Beer writes, we can gain as much from the intimacy of the nature next door as we can from the excitement of epic wilderness. Ralph Waldo Emerson was probably right when he warned John Muir that wilderness “is a sublime mistress, but an intolerable wife.” I think, though, that the critique has reached the limits of its usefulness, especially as we approach the worrisome new epoch of the Anthropocene, the “Age of Man.” If we do indeed now live on a garden-planet in which civilization has eclipsed nonhuman nature, then the separateness of the wild—its sheer strangeness—is a virtue. It just might be that the arrival of the Human Age, rather than making wilderness obsolete, will make wildness more invaluable than ever before.

The Anthropocene. If you haven’t encountered the term much yet, you soon will. The International Union of Geological Sciences, the organization in charge of delineating Earth’s time scale, is considering whether to declare that we have left the Holocene—the epoch in which human civilization was born—and are entering the Anthropocene, an epoch in which Homo sapiens are the greatest evolutionary force on the planet. It’s difficult to know what to make of such a bold idea. The notion of a planetary age named after humans seems in bad taste, the old imperialist habit of wrecking a place then putting your name on it. Even when the term is intended as a warning, declaring an epoch in our honor is two parts chutzpah to three parts hubris. But it’s impossible to argue with the facts of our overweening power.  Our synthetic fertilizers have disrupted the planet’s chemistry, our daily effluent heats the atmosphere, the sprawl of our farms and cities demolishes the homes of other creatures. We’ve even created a new stone—“plastiglomerate,” formed when plastic melts and fuses with rock fragments, sand, coral, and shells. The issue then becomes: What do we do with the fact of the Anthropocene’s impending arrival? If all of Earth is ours, where in the world does that leave us? The Anthropocene boosters like to say that this new epoch requires a rethinking of our assumptions about the human-nature relationship. I agree. So I want to rethink the now-dominant critique that says wilderness is an obstacle to creating a healthy relationship to nonhuman nature because it is distant from our daily lives. Wilderness in the twenty-first century is invaluable precisely because it is away and apart. In a world of all-encompassing human authority, we are going to need the wild to hold steady the sanity of our species. If in the Anthropocene nothing remains that is totally natural—nothing pristine and untouched—then the value of wild animals and wild lands becomes greater, if for no other reason than that those self-willed beings are Other than us. And we need the Other. As a species we need an Other for some of the same reasons that, as individuals, we have other humans in our lives. They center us. They ground us. They serve as a check on our selfish instincts. Similarly, the otherness of the wild can help human civilization to locate itself by serving as a point of reference. By opposing humans’ instincts for control, wild things put our desires in perspective and can force us to consider the consequences of our actions. Peter Kahn, a pioneer in the field of eco-psychology, writes that wild animals “check our hubris by power of their own volition.” As autonomous beings, wild animals resist us, and a measure of resistance to our wants is essential for our mental health. In much the same way, wilderness—any self-willed land—reminds us that the rest of the world doesn’t exist in relation to humans, but that we exist in relationship to other beings. On a wholly domesticated planet, every ecosystem would be yoked to our desires. Each landscape would be a reflection of our wants, making Earth like a hall of mirrors. It would be species narcissism on a planetary scale. We would be everywhere, and, with nothing to anchor us, we would be lost. Or, to try out another metaphor, a “post-wild” world would put human civilization into a kind of solitary confinement. There would be no Away, no Other, and therefore no escape. We would be all alone. Do you know what happens to people who are placed in solitary confinement? They go insane.

An appreciation of the Other doesn’t come naturally. Just think of the simultaneous wars against the American Indians and the North American wolves—genocides fueled, in part, by a fear of wildness. There is, however, another Other: the foreigner greeted with curiosity and joy. To strike out into the American wilderness is like traveling to a foreign nation without crossing a border. The wild comes with all the mystery of an undiscovered country. Its strangeness reminds me of a line from Thoreau: “What we call wildness is a civilization other than our own.” Like international travel, the trip home can involve a harsh dose of culture shock. Maybe, after days of good, clean Sierra Nevada air, you descend into the Central Valley’s miasma of diesel fumes and cow dung. Maybe, after a week in the wilds of Alaska, you run into some Prudhoe Bay roughnecks at the airport bar trading tips about making good cash in the oil fields. No matter where you’ve been, the incessant insistence of email reappears with a vengeance. And you wonder: Was it all a dream? Every adventure seems fleeting in hindsight, and the thrill of being in wild country is no exception. The excitement of wonder evaporates in the crush of routine. But the memories and the marks on your heart—those stay with you forever. Just like any travel, a foray into the wilderness delivers fresh perspective. You return to where you make your home, and you see the place with new eyes. The wild has equipped you with a kind of X-ray vision—you can see underneath the asphalt and concrete—as well as a sort of vicarious memory—you suddenly remember how the landscape once appeared. Even better, you can imagine how the land might look in the future, restored to life.

Jason Mark is editor-in-chief of Sierra magazine and author of Satellites in the High Country.