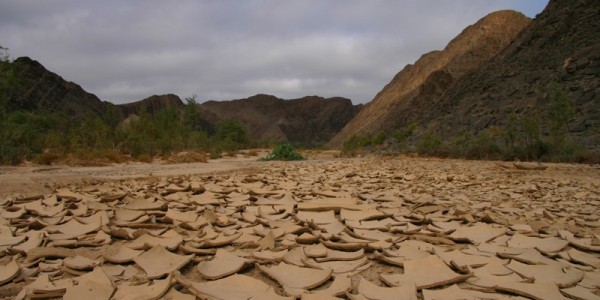 I was looking at a river bed

And the story it told of a river that flowed

Made me sad to think it was dead

(From the song “A Horse with No Name” by America)

Some of my favorite photographic images are those of the Earth filmed from satellites in space. In those breathtakingly beautiful images taken from such great disance, humanity’s footprint on our planet is hardly discernible.

It is also hard to find in those distant views the rivers and lakes that gave rise to great civilizations, and sustain us to this day through their provision of fresh water. This is not surprising, given that all of the world’s rivers and lakes combined make up less than 3% of the planetary land surface.

But sadly, upon closer inspection on the ground, we can see that those beautiful blue ribbons and pools have been shriveling across much of the globe as the human enterprise expands and our appropriation of their waters grows.

Some of the world’s largest rivers – the Colorado and Rio Grande of North America, the Yellow of China, the Brahmaputra and Ganges of Asia – have been drained of their waters, primarily to irrigate farmlands but also to support the growth of cities and industries. These rivers regularly dry completely before reaching the sea. They are joined in their anthropogenic desiccation by thousands of smaller rivers, now gone in whole or in part.

We hardly take notice of the drying of our rivers until they are entirely gone. How many of the residents of Austin, Texas know that the Colorado that flows through the heart of their city is in summer now only a tenth of what it once was?

Tragically, the list of heavily-depleted rivers is growing; fully one-third of all rivers on our planet are now regularly or occasionally diverted to near-dryness for human use.

Once a river is gone, our collective memory of it fades all too quickly. How many Mexicans living in the Colorado River’s delta region are old enough to remember when water continually flowed past their villages?

This is not just a calamity of fond memories lost. In recent years a novel blending of natural and economic sciences known as ‘ecosystem service valuation’ has emerged to study and monetarily quantify what we lose when a forest or wetland or river disappears. These scientists chronicle the values of water remaining instream to assimilate our wastes, or the importance of freshwater flows into downstream estuaries, where the mixing of fresh and salt water supports thriving fisheries. It is important that we more fully understand what we are losing when we exhaust our rivers.

But at the same time, we know that the fate of our planet’s rivers will not hang on the balance of intellectual or economic arguments. Ultimately, rivers will only be saved with our hearts. For me and for many of you, it is egregious enough just to know that the music of running waters, or the bird song high in the cottonwoods lining the river, is swiftly waning.

We now stand at a turning point in human history. We must make a conscious decision of whether we want rivers in our world, or not.

The disappearance of rivers is by no means a foregone conclusion. But that is the direction that we are headed, and we will need to act differently to change their fate.

With persistent drought and associated water shortages wracking California, the Colorado River basin, and other regions around the globe, we are hearing calls for the building of new reservoirs, water transport canals and pipelines to bring water in from great distances, or drilling deeper into our stores of underground water, all of which can add to the damage already done to our rivers.

I am sympathetic to the sense of urgency in places like California to secure additional water supplies. Yet we must turn away from further exhausting our rivers, and instead embrace the great opportunity to do more with less.

We are nowhere close to realizing our potential to use less water.

The US overall is today using the same volume of water that it used in 1980, with 80 million more people living here. We’re already well on our way to becoming a water-saving society. But we can do so much more, and thereby spare our rivers from further diminution. Evidence from other countries such as Australia or Israel demonstrates that we could reasonably cut our per-capita water use by half here in America. Cities in the western US use twice as much water, on average, than Australian cities, even though our economies and cultures are quite similar. Tucson, widely respected in the U.S. for its water thriftiness, uses twice as much as Melbourne, Canberra, Brisbane or Sydney.

Read the rest at National Geographic