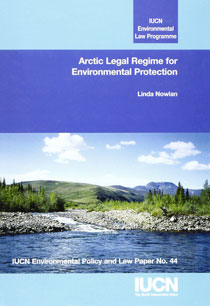 For many years, concerns have been expressed about environmental issues in the Arctic. While the Arctic region, unlike Antarctica, has been inhabited for thousands of years, it is under unique threat because of its vulnerability toward resource exploitation and the deposition of various airborne pollutants. With its varied populations, and with eight Nations asserting territorial interests, the Arctic needs a careful approach to its protection and development. This report describes the current Arctic environmental legal regime. It also discusses the possibility of negotiating a sustainability treaty for the Arctic with high standards of environmental protection similar to those in the 1991 Protocol on Environmental Protection to the Antarctic Treaty. It is hoped that this review of the legal and policy contrasts between the Arctic and Antarctic can help in the consideration of future directions for the Arctic legal regime.