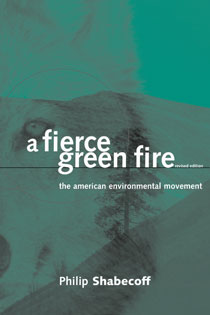 In A Fierce Green Fire, renowned environmental journalist Philip Shabecoff presents the definitive history of American environmentalism from the earliest days of the republic to the present. He offers a sweeping overview of the contemporary environmental movement and the political, economic, social and ethical forces that have shaped it. More importantly, he considers what today's environmental movement needs to do if it is to fight off the powerful forces that oppose it and succeed in its mission of protecting the American people, their habitat, and their future.

Shabecoff traces the ecological transformation of North America as a result of the mass migration of Europeans to the New World, showing how the environmental impulse slowly formed among a growing number of Americans until, by the last third of the 20th Century, environmentalism emerged as a major social and cultural movement. The efforts of key environmental figures -- among them Henry David Thoreau, George Perkins Marsh, Theodore Roosevelt, Gifford Pinchot, John Muir, Aldo Leopold, David Brower, Barry Commoner, and Rachel Carson -- are examined. So, too, are the activities of non-governmental environmental groups as well as government agencies such as the EPA and Interior Department, along with grassroots efforts of Americans in communities across the country. The author also describes the economic and ideological forces aligned against environmentalism and their increasing successes in recent decades.

Originally published in 1993, this new edition brings the story up to date with an analysis of how the administration of George W. Bush is seeking to dismantle a half-century of progress in protecting the land and its people, and a consideration of the growing international effort to protect Earth's life-support systems and the obstacles that the United States government is placing before that effort. In a forward-looking final chapter, Shabecoff casts a cold eye on just what the environmental movement must do to address the challenges it faces.

Now, at this time when environmental law, institutions, and values are under increased attack -- and opponents of environmentalism are enjoying overwhelming political and economic power -- A Fierce Green Fire is a vital reminder of how far we have come in protecting our environment and how much we have to lose. 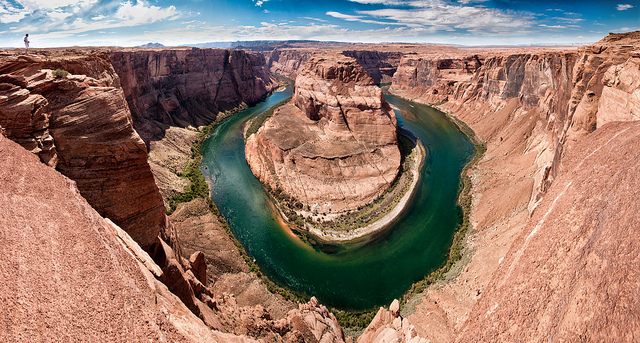 What does it mean to be wild? Philip Shabecoff begins A Fierce Green Fire: The American Environmental Movement with an enchanting tour of the Americas before their discovery by the West and explores how the land, and our relationship with it, has changed in the past half millennium. It's a thoughtful counterpart to last week's feature from Protecting the Wild.