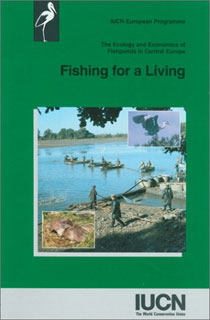 Fishing for a Living

The Ecology And Economics Of Fishponds In Central Europe

Fishponds represent a rich natural and cultural heritage of tremendous importance and are of great economic value to the regions in which they are found. This is particularly true of the fishponds found in Central and Eastern Europe, some of which were established 5 and 600 years ago. However, the social, cultural, economic and political upheaval that has characterised the recent history of the region has brought in its wake serious implications for their survival. This report, the results of a project entitled "Environmental/economic appraisal of commercial fish pond operations in four Central European countries" draws on the experiences of four participating countries: Czech Republic, Hungary, Poland and Slovakia to assess the natural and economic values of their fishponds and proposes a series of recommendations for their future conservation.