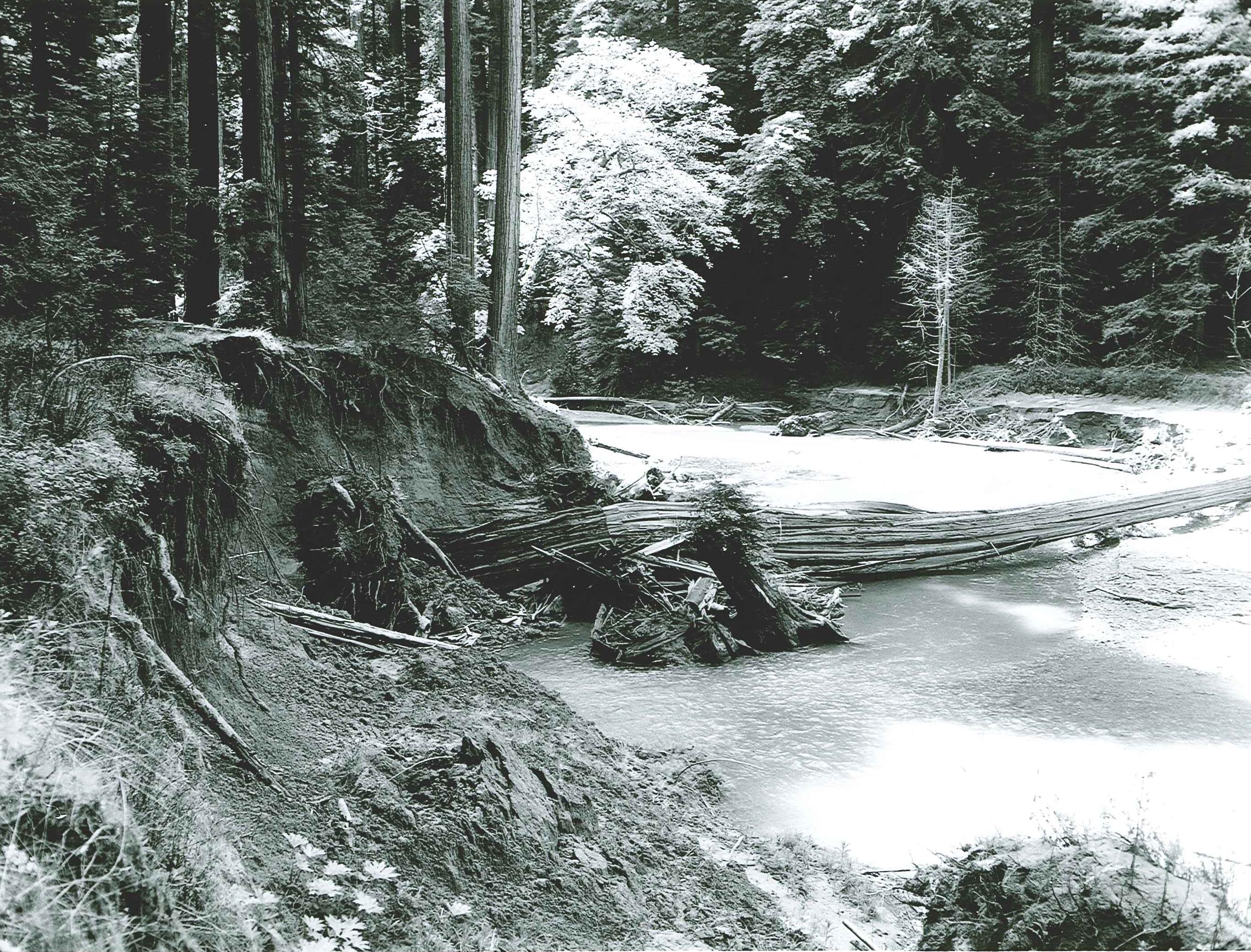 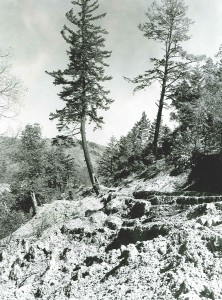 Soil damage caused by tractor logging outside the park led to massive erosion. Photograph courtesy Professor Paul Zinke.
All the evidence indicated that the characteristic open appearance of these “cathedral groves” is dependent on a fresh layer of sediment being deposited every 30 to 100 years. In the past, these layers were associated with fires in the surrounding uplands. The material deposited from recent floods, however, was deeper, less nutrient rich, and lacked charcoal, suggesting that erosion from the headwaters of Bull Creek was not the result of fire, as in the past, but from a different type of disturbance—tractor logging on steep slopes. The income received from timber taxes never came close to what it cost the county to repair roads and bridges or to compensate for irreversible damage incurred to the park downstream. 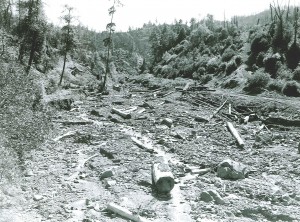 Massive amounts of silt eroded from upstream logging filled the streambed of Bull Creek causing excess water to carve new channels through redwood groves downstream. Photograph courtesy Professor Paul Zinke.
Additional insights about coastal redwood emerged from our investigations. These trees depend on heavy winter rains to create flooded conditions and Pacific Ocean fog to enable them to survive summer droughts. Where there is no fog, or winter rain is slight, other tree species compete with redwood and often replace it. Many answers to the park manager’s questions lay buried in the silt deposits from historic floods and in the growth rings of ancient trees. Our research showed that periodic disturbances are required to maintain healthy redwood forests. The awe-inspiring cathedral groves, an image of permanence upon the landscape, would not persist, regenerate, or flourish without periodic floods—but floods with certain characteristics. From the investigation, we learned to take a broader view of the landscape, to distinguish present conditions from the past, and be careful with technological fixes designed to maintain ecological systems. Thanks to Lise Waring for editing assistance.
biodiversity
forests
trees