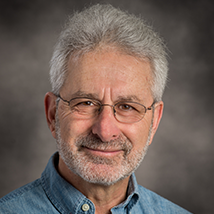 Peter Plastrik was born in Paris, grew up in New York City, and lived in four cities in Michigan. He is cofounder and vice president of the Innovation Network for Communities (INC), established in 2007. Along with John Cleveland, he was a founding consultant to the Carbon Neutral Cities Alliance and helped it develop its strategic plan and Innovation Fund. He also consulted closely with the Urban Sustainability Directors Network (USDN) and managed USDN's Innovation Fund. Pete has been the lead author on several INC reports about cities and climate change: "Essential Capacities for Urban Climate Adaptation," supported by the summit Foundation, and "Leadership by US Cities Innovations in Climate Action," supported by Bloomberg Philanthropies. He is coauthor with John and Madeleine Taylor of Connecting to Change the World: Harnessing the Power of Networks for Social Impact (2014). He coauthored two books with David Osborne: Banishing Bureaucracy: The Five Strategies (1997) and The Reinventor's Fieldbook: Tools for Transforming Your Government (2000). He lives on Beaver Island in Lake Michigan with his wife Deb and their pugs.

Cities’ Climate Innovations Are Driving the Next Urban Transformation

As Vancouver and other cities invent and implement ways to decarbonize their systems and strengthen resilience to climate change, we are reinventing the basic model for urban development that has prevailed since the beginning of the Industrial...

A Changing Climate Means A Changing Society. The Island Press Urban Resilience Project, Supported By The Kresge Foundation And The JPB Foundation, Is Committed To A Greener, Fairer Future.​ This Article Was Originally Published October 28, 2019 in Meeting of the Minds.

Earlier in 2019, Vancouver’s city council declared a climate emergency and adopted a new set of climate-action targets that pushed its already aggressive goals to a new level. In response to the urgent need to hold global warming to below 1.5°C, the city set a new goal of being carbon neutral by 2050.

There’s much more going on here than radical climate action, as vital as that is. As Vancouver and other cities invent and implement ways to decarbonize their systems and strengthen resilience to climate change, we are reinventing the basic model for urban development that has prevailed since the beginning of the Industrial Revolution around 1800. In fact, we are transforming urban design and life in cities, and Vancouver’s new City Plan will fully embrace climate and equity as core principles.

As Peter Plastrik and John Cleveland explain in Life After Carbon: The Next Global Transformation of Cities, the many urban climate innovations underway carry big new ideas about what cities are and how they should work. And these ideas are replacing ideas that propelled the development of the modern city model we all know.

Vancouver is one of 25 global cities covered in Life After Carbon. The authors detail how these “climate innovation laboratories”— from Austin, Copenhagen, and Cape Town to Melbourne, Mexico City, New York, and Shanghai — have initiated wave after wave of locally grown climate innovations that leave no urban system untouched. These cities, they report, “have come to understand themselves, their place in the world, in a new way and act boldly on their changed awareness.” Their efforts have required remarkable creativity, political courage, and resources. Their work has also spurred collaboration among government departments, and between government and the private and civic sectors.

Plastrik and Cleveland have worked in and alongside many of these leading-edge cities, have written insightful reports about cities’ climate innovations, and were instrumental in the formation of two important city networks: the Urban Sustainability Directors Network and the Carbon Neutral Cities Alliance. But Life After Carbon provides more than a survey of urban climate innovations. The authors illuminate a compelling thesis of change that is happening on the ground, not just in theories and elusive visions. They identify four transformative ideas that are embedded in urban climate innovations and show how these ideas are being applied worldwide:

The framework in Life After Carbon rings true for Vancouver. Ours is a relatively young city, established in the 1860s with sawmills cutting some of the world’s largest trees into lumber. When a fire in the 1880s swept away what had been built, a modern city rose from the ashes. It had electricity and water systems, and streetcars. It was the western terminus of the new national railroad system, and a port for shipping wood across the ocean. In other words, Vancouver started out as a modern city exploiting local natural resources in a globalizing economy. It has since grown into a city with 640,000 inhabitants in a metropolitan area of 2.5 million, heavily dependent on burning fossil fuels to power vehicles and heat buildings.

By the end of the 20th century, city leaders and residents realized that the city’s future well-being did not lie in doing more of the same. In a radical change in the city’s thinking, we committed to becoming a green city, a renewable-energy city, an economically competitive city, and an equitable city. It’s a clear vision built on different ideas about what a city can and should be.

These commitments to action have helped drive Vancouver’s economic growth. We have partnered with entrepreneurs to develop a fast-growing, job-creating “green economy” business sector, and we are home to 23 percent of Canada’s clean-tech companies. Jobs and population in our community have each grown by more than a third since 1990, while our carbon emissions have decreased in that same time by about 12 percent. Vancouver has successfully branded itself as a highly desirable place for young, innovative talent to find work and build companies. A 2015 study by Brand Finance found that Vancouver is uniquely associated with being clean, green, and environmentally sustainable, resulting in a $31 billion USD brand evaluation.

Vancouver is also working toward a goal of 100 percent renewable energy before 2050. To that end, the city is reducing energy usage and switching from fossil fuels to wind, solar, and hydropower. The largest source of carbon pollution is the burning of natural gas for space and water heating in buildings, so with strong support of council, the public and the building design community, we have put in place a world-pioneering Zero Emission Building Plan for all new construction. The new building code will ensure that new buildings are energy efficient and use no fossil fuel by 2030. We built Canada’s first sewer heat recovery system, which harvests heat from a significant sewer line, enabling residents and businesses to reduce their carbon emissions by up to 70 percent. To produce our own renewable energy, we are harvesting methane from the landfill and partnering with FortisBC, our gas utility, to clean the gas and put it into the fossil gas distribution system.

Our new climate-emergency targets include ecosystem reforestation in the region: by 2030, restoration work will be completed on enough forest and coastal ecosystems to remove 1 million tonnes of carbon pollution annually by 2060. Meanwhile, the city is developing its next environmental plan, which calls for accelerating and expanding its nearer term decarbonization targets. By 2030:

All of this work to create a new kind of 21st century city must be done with a strong lens on equity to ensure that everyone, especially low-income people and neighborhoods, benefits from these changes.

My involvement in shifting Vancouver’s thinking about its future as a city has taught me that, as Life After Carbon puts it, “transformational ideas are becoming a new standard for cities—not just a toolbox of innovations but a radically different way of thinking about, a model for, city development and urban achievement around the world.”

The framework of ideas that Plastrik and Cleveland found in urban climate innovations reveals a common ground among cities; a simplified understanding of what they share. It’s useful in several ways. Most importantly, the framework’s key ideas allow us to recognize that the real and urgent work of city leaders in the age of climate change is to fashion better cities. Better cities are economic innovation motors, ultra-efficient in all regards, fully reconnected to nature, and having the social capacity to turn climate disaster into opportunity for the entire community. Few cities have put all of these pieces together.

The framework also helps city leaders recognize that other players: businesses, professionals, community organizations, and other levels of government, are not only critical to success but are embracing these new ideas and implementing them in their own spheres. Life After Carbon emphasizes this point in its final chapters, describing the substantial range of related activities undertaken globally by non-governmental entities.

Life After Carbon presents an inspiring account of actual urban change that could not have been written just 10 years ago; there simply wasn’t enough going on then. But today, the story of cities’ transformative journeys makes compelling reading for local government leaders everywhere. As we know in Vancouver, and as other cities are showing, Life After Carbon is prescient in declaring that “the successor to the modern city is busy being born.”

In the latest episode in our series of Urban Resilience Project (URP) podcasts in partnership with Infinite Earth Radio, host Mike Hancox speaks with Peter Plastrik about Life After Carbon...

In the latest episode in our series of Urban Resilience Project (URP) podcasts in partnership with Infinite Earth Radio, host Mike Hancox speaks with Peter Plastrik about Life After Carbon, his new book on the next global transformation of cities in the era of climate change.

Emerging Social Dynamics in a Network

Reposted from the Connecting to Change the World...

Reposted from the Connecting to Change the World blog with permission

In the early life of a network—the first year, say—how can you tell how well it’s doing? Right off the bat there’s observation: what does a network gathering look like, feel like, sound like? I’ve been in network annual meetings where newcomers to the network were astonished about how much energy and exchange network members put out—and the sheer amount of noise in the room. Even more astonishing, the members maintained a high level of energy for day after day. At the end, maybe they were exhausted—but during their time together they were passionately committed to giving and getting as much as they could.

Hidden in all that energy is a clue to what you’re really looking for if you want to gauge the network’s condition. It has to do with what makes a network tick, as we explain in chapter 1 of Connecting: two social dynamics—reciprocity and shared identity—emerge and are amplified by the network’s decentralized structure.

Reciprocity is a behavior, but it is driven by an emotion: a commitment to the success of others on their own terms. In a strong network, members don’t just know each other well, they are committed to each other’s success, and will take action on behalf of others. When you survey network members ask them how committed they feel they are to the success of other members and how committed they think other members are to their success.

Shared identity is also a feeling, a sense of common cause, mutual interest, alignment, and of belonging to something—literally, being a member. When you survey members ask them how much they feel they are a part of something larger than themselves, something communal.

In a network’s start-up phase, it takes time for members to develop a deep commitment to others in the network and a feeling of belonging and alignment in the network. But its emergence is what network builders should be watching for.