Unable to gather support from Maine's congressional delegation, supporters of a North Woods national park are now setting their sights on a new goal: getting President Obama to designate the North Woods as a national monument. We asked John Pastor, an ecologist with 40 years of experience studying the North Woods and author of What Should a Clever Moose Eat?, to weigh in on the debate.

The North Woods is a magnificent band of forest, stretching from northern Minnesota to Nova Scotia, and is home to moose, wolves, beaver, bobcat, lynx, loons, and many other iconic northern animals. The North Woods is where the range of sugar maple to the south overlaps the range of balsam fir and spruce to the north. This is the land of fall colors, Christmas trees, and maple syrup.

The beauty of the North Woods has been preserved in many parks, recreation areas, and wilderness areas throughout much of its range. These parks have been kingpins of the economy of the surrounding region. But, as Aldo Leopold said, natural preserves are also “land laboratories” where we can learn how nature works to help us better manage the natural resources outside them. These land laboratories need to be large to encompass the scales of ecological processes such as fires, watersheds, and animal movements, among many others. Many of our ideas in ecology have been shaped by research in the large preserves of the North Woods. How fire controls the dynamics of forests was first documented in the million-acre Boundary Waters Wilderness of northern Minnesota. The long-term research on wolf-moose and moose-vegetation relationships in the 575,000 acre Isle Royale National Park in Lake Superior are classic studies in population and ecosystem dynamics. The concept of a watershed to protect the headwaters of the Hudson River was the basis for the preservation of the six million-acre Adirondack Park in New York. 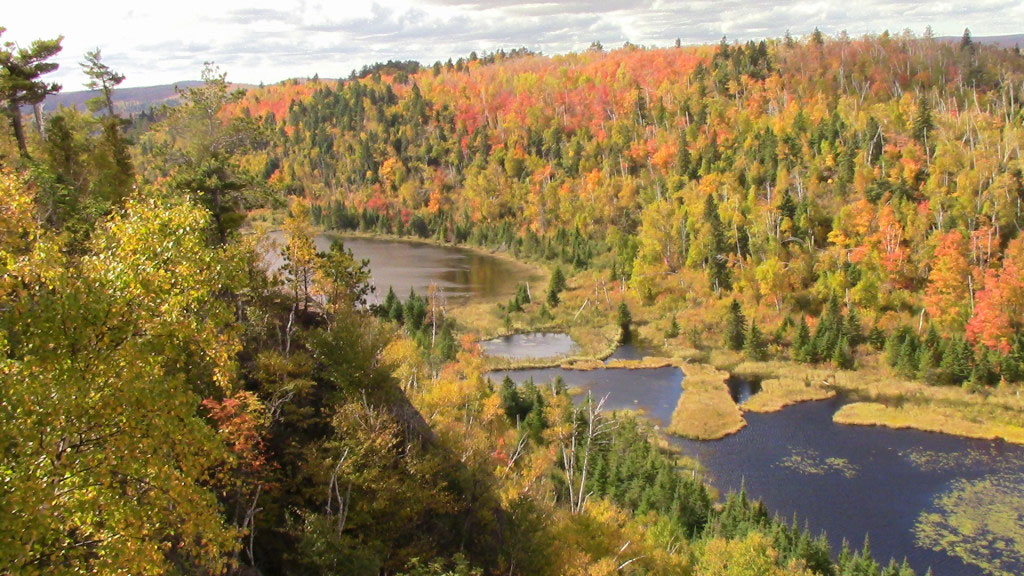 But east of the Adirondacks, there are few nature preserves of the size needed to understand how this part of the North Woods works. The largest is the 209,000 acre Baxter State Park in Maine, home to Mt. Katahdin at the end of the Appalachian Trail. But now, due to the generosity of the Quimby Family Foundation, an additional 100,000 acres is available for preservation adjacent to Baxter State Park. This is the area Thoreau wrote about in “The Maine Woods.” Together, Baxter State Park and Katahdin Woods will be the largest preserve of North Woods east of the Adirondacks. Discussions are underway for this tract of land to be awarded federal protection as a national monument, recreation area, or perhaps park.

Katahdin Woods and Baxter together will make a valuable land laboratory for learning about the North Woods. This area of Maine differs from the rest of the North Woods in several important respects that will determine how it will respond to climate change, the largest ecological problem facing this biome. There is a strong gradient from wet maritime climate in Maine to a dry continental climate in Minnesota, and it is unlikely that the North Woods will respond to climate change in the same way at both ends of its range. Maine is the center of the range of red spruce, which does not extend much farther west than the Adirondacks, and how red spruce will respond to a warmer climate is currently unknown.

Three hundred thousand acres of natural preserve in the center of Maine’s North Woods would greatly enhance our ability to address these and other questions in ecology. As is the case with almost every national park or monument, federal designation for Katahdin Woods is bathed in controversy at the moment. But if we take the long view Aldo Leopold had, the preservation of Katahdin Woods will eventually be hailed as a vision with great foresight.

John Pastor is an ecologist and professor of biology at the University of Minnesota, Duluth, where his teaching and research focus on the natural history and ecology of northern ecosystems. He is the author of What Should a Clever Moose Eat?