Skip to main content
Home   /   Blog   /   A Visit to Peru's Potato Park
For a quarter century, the breed of ethnobotanists I've hung with have proposed through countless lectures and publications that crop diversity can best conserved in situ, in the cultural landscapes managed by the traditional farmers who have long been its stewards. Now, in the highlands of Peru, a dream has come true, one that would have made the late Russian crop conservationist Nikolay Vavilov giddy with delight. Vavilov himself visited the Andes some seventy years ago, during an era when there was no "formal" in situ conservation for potatoes anywhere in the world. But today, there is such a place, simply known as the Parque de la Papa-the Potato Park. I had the pleasure to visit the park and to listen to the Quechuan farmers within it just after their "winter" solstice of 2008. To arrive at the Parque de la Papa, you leave Cusco's high elevation urbanity at 11,000 foot, and you climb, climb, climb. It seems as though you might leave the altiplano (highlands) behind altogether, for you wind up dirt roads toward the Andes' snow-capped peaks until you can see above you only azure skies as deeply blue as a mountain lake. You must leave behind your earlier elevation sickness known as seroche by drinking the tea and chewing the leaves of a trickster of a plant known as coca, and by going slow. Indeed it is important to set your pace through the highlands slow enough for your mind to reconnect with farming traditions that have remained resilient for millennia; there are families here growing potatoes on stone-lined terraces with much of the skills and insights that their ancestors accumulated over dozens of generations. When you are done meandering up switchbacks on a wheezing, teetering bus, you come to where Quechuans are harvesting their potatoes. There, you find yourself in front of a large billboard that proclaims that you have entered the Parque de la Papa. What it does not mention is that this is the only "park" in the world fully dedicated to the in situ conservation of native crops. The six Quechuan communities there have dedicated their future to the "repatriation, restoration and sustainable management of the native agro-biodiversity of the potato, and to the traditional knowledge shared within the communities associated with it." The six agrarian communities which have rallied around their shared interest in potato diversity are known as Chawaytiré, Sacaca, Kuyo Grande, Pampallaqta, Paru Paru, and Amaru. They did not always feel united with one another; in fact, in the years prior to the Potato Park, there had been some bloodshed between two of the communities over a contested boundary between their farming and grazing lands. Instead of staying entrenched in such territorial disputes, they agreed to be part of a grassroots initiative facilitated by ethnobotanist Alejandro Argumedo, one of the founders and leader of Asociación Andes based in Cusco. These agrarian communities agreed that they had more to gain by banding together in defense of their sustenance-potato culture---than they could ever realize by struggling against one another or working in isolation. And so, they began to form institutional linkages not only with NGO's such as Asociación Andes, but with networks including other indigenous communities struggling to define and maintain their own food sovereignty as well. In 2002, the six communities were confident enough to declare some 10,000 hectares of their lands the Parque de la Papa, which was soon followed by an agreement with the International Potato Center (CIP) in Lima, Peru that allowed the repatriation of some 420 varieties of potatoes previously collected by CIP for the purposes of plant breeding. 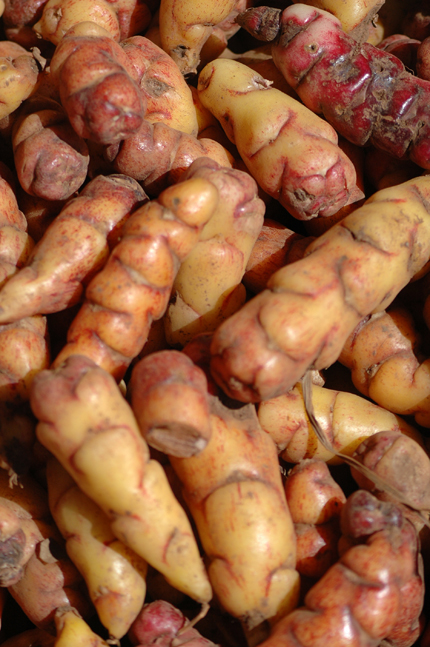 ---------- Gary Paul Nabhan is a world-renowned ethnobiologist, conservationist, and essayist. He is the author of the new book, Where Our Food Comes From: Retracing Nikolay Vavilov's Quest to End Famine.
conservation
farming