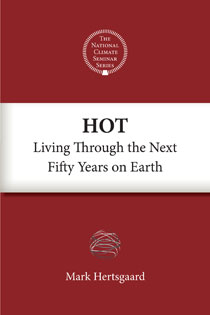 Living Through the Next Fifty Years on Earth

On December 7, 2011, Mark Hertsgaard participated in The National Climate Seminar, a series of webinars sponsored by Bard College’s Center for Environmental Policy. The online seminars provide a forum for leading scientists, writers, and other experts to talk about critical issues regarding climate change. The series also opens a public conversation, inviting participants to ask questions and contribute their own thoughts.

Hertsgaard has spent the last two decades reporting on climate change for media outlets including The New Yorker, NPR, Time, Vanity Fair, and The Nation, where he is the environment correspondent. His lecture focused on political movements and how environmental advocates can provoke change in public attitudes and on Capitol Hill. Hertsgaard sees 2011’s Occupy movement as a sign of real hope and discussed what climate activists can learn from Occupy’s tactics.

This E-ssential is an edited version of Hertsgaard’s talk and the subsequent question and answer session. While some material has been cut and some language modified for clarity, the intention was to retain the substance of the original discussion.