Skip to main content
Home   /   Blog   /   Exporting No Net Loss
The concept of “no net loss” of wetlands, first officially endorsed by the U.S. Army Corps of Engineers and the U.S. Environmental Protection Agency in 1990, continues to spread across the globe. The latest example is Taiwan’s national Wetland Conservation Act, enacted in July 2013 after five years of discussions. The new law adopts the objective of “no net loss” of area and function for wetlands designated as locally, nationally, or internationally important. While the law emphasizes avoidance of wetland impacts, it also contemplates the use of off-site “ecological compensation” which may include wetland mitigation banks and in-lieu fee arrangements. 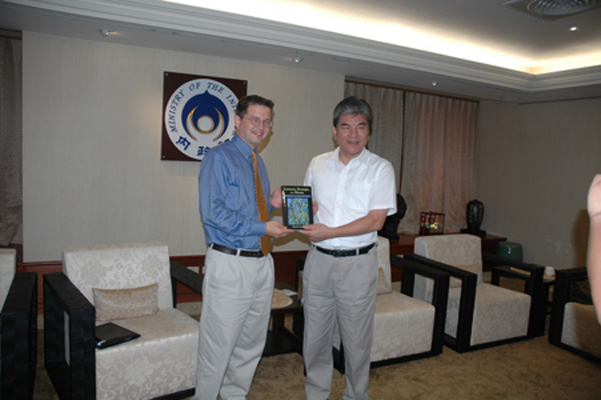 Royal Gardner presented Minister of Interior Li with a copy of Lawyers, Swamps, and Money while in Taiwan for a series of International Workshops for Wetland Conservation sponsored by the Taiwan Construction and Planning Agency.
It is instructive to note, however, that the United States still has not achieved “no net loss” domestically. A forthcoming report by Thomas Dahl (U.S. Fish and Wildlife Service) and Susan-Marie Stedman (NOAA Fisheries) will provide updated data on wetland trends in U.S. coastal watersheds from 2004-2009, and the picture is not pretty. Wetland losses in coastal watersheds in the contiguous United States increased 25% from the previous reporting period. From 2004-2009, the average annual rate of loss was more than 80,000 acres, with declines in both saltwater and freshwater wetlands. The report estimates that net losses of saltwater wetlands were 95,000 acres and net losses of freshwater wetlands exceeded 265,000 acres. The key drivers of wetland losses identified were residential and infrastructure development, as well as silvicultural activities. 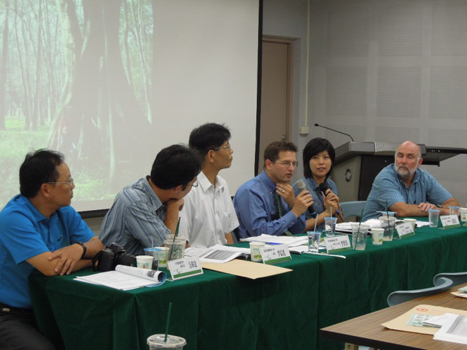 Royal C. Gardner is Professor of Law and Director of the Institute for Biodiversity Law and Policy at Stetson University. He is the author of Lawyers, Swamps, and Money.