Originally published by Village News, a publication of the community of Cabin John, MD. As a bat researcher, I used to think that there were two kinds of people in the world: those terrified by bats and those odd few who adored them. My own baseless fear of bats throughout adolescence and into early adulthood kept me rooted among the first group. I confess to killing harmless pipistrelles—bats no longer than my index finger—that dared to nest in the thatch roof of my hut in Nepal; I still cringe at the memory. In graduate school on a tropical biology course in Costa Rica, I was introduced by an enthusiastic bat biologist to the wonders of these flying mammals, the only group capable of this feat. I met bats that pollinated flowers and dispersed fruits, and bats that scooped fish out of the water with their feet, those that homed in on singing male frogs or katydids and carried them off, and even bats that ate birds or other bats, the tigers of their kind. I now found them beautiful, graceful, and exquisite designs of nature. I had been converted.

I reflected on my late transformation as I sat on my Cabin John veranda watching some little brown bats and one big brown bat swoop and swivel above my garden in the twilight, catching insects on the wing. These are the proletarian bats that do the bulk of the mosquito, moth, and beetle eating in our neighborhood. Some day, I hope to see the king of the local bat community hawking insects at night or hiding in the day amidst the foliage of a tree in the backyard, the poorly named “hoary bat” (Lasiurus cinereus), one of the most beautiful mammals in the world. The “hoary” characterization refers to the frosted appearance of its pelage. The bat’s reputation would have fared better if a clever taxonomist had called it the “fashionable bat” or the “exquisitely furred bat.” Hoary will have to do. 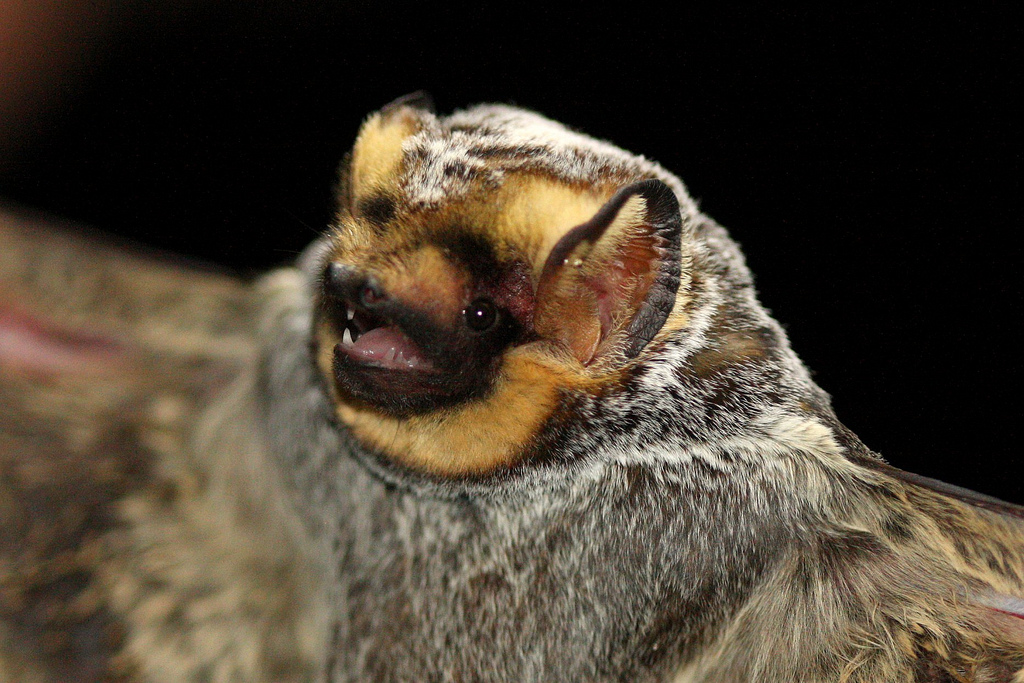 This small bat that weighs no more than three twenty-five cent pieces is migratory and one of the most widespread mammals in North America, although never common anywhere. Bats as a group, however, are everywhere and, with over 1,200 species named, they are second to rodents (with around 2,000 species) as the most diverse among the 5,200 species of mammals. Bats are often the most abundant mammal at any site in the tropics, and it is when you visit tropical islands that their significance becomes plain. The hoary bat is the only native mammal in the Hawaiian Islands besides the Hawaiian monk seal and, in the Galápagos archipelago, it is one of the few native mammals (along with four species of rice rats and a second bat species, a close cousin of hoary bat). On the island of New Caledonia, about 2,000 miles off the Australian Coast in the Coral Sea, the only native land mammals are bats. A pattern emerges here and an interesting tale of biogeography—the branch of science concerning the ranges of plants and animals. Why did only rice rats and bats make it to the Galápagos and only bats to other islands? Rice rats rafted over from mainland South America on floating mats of vegetation, but the bats flew the 600 miles or were assisted by the tropical winds. The reason that no other land mammals make it on their own to most islands is that we land mammals—Diana Nyad notwithstanding—are terrible long-distance swimmers. And even English Channel adventurers can’t drink seawater. That is the rub—most mammals would die of thirst before reaching the shore of an island more distant than a few miles from the mainland. 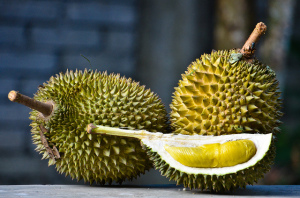 In Costa Rica and Panama, I studied fruit bats for my doctorate, not just because I found them fascinating, but because they provide such a vital role in pollination and seed dispersal. Bats are known to disperse the seeds or pollinate the flowers of some 450 plant species. Bats pollinate bananas, cocoa, and agave—the latter producing that college party staple—tequila. Evening bats in Southeast Asia are the only natural pollinators of durian—the world’s most expensive fruit, which has been described as tasting like heaven but smelling like the sewer.

But it is the group of hoary bats that gave me the thrill of a lifetime as a biologist. Those plying my trade all hope for the sighting of something new, something you were the first to find in a lifetime of fieldwork, when you can literally shout “Eureka!” My Eureka moment came one windy night on the Continental Divide in Costa Rica, at about 5,500 feet elevation. I had strung monofilament nets across a low point on a trail that served as a mountain pass. Bats began arriving and after catching, identifying, and releasing them, I came upon one I had never seen before—a yellow version of the hoary bat—a first for my area and Costa Rica. And then another bat flew into the net, sporting the most luxuriant fur I had ever seen on a mammal. It looked just like a hoary bat but its rich red, chestnut, and black fur convinced me I had found something entirely new. It turned out to be Lasiurus castaneus, a first for Costa Rica and Central America and rarely seen anywhere in the New World. This species is so rare it has no formally recognized common name, but I propose the “chestnut-robed bat.”

The chestnut-robed or yellow version of the hoary bat will never visit my backyard, but my bat house is up, and I keep a vigil. You never know when the next Eureka moment will strike.