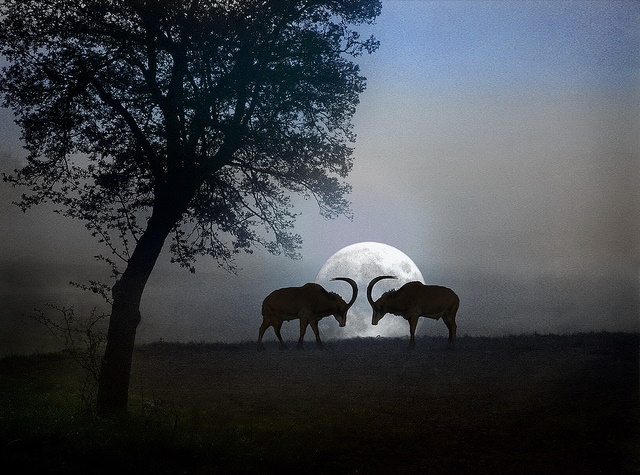 Photo by Hartwig HKD, used under Creative Commons licensing.
Reposted with permission from the University of Utah S.J. Quinney College of Law’s Environmental Dispute Resolution blog with permission. There are moments that stick with me and seem to gain significance as time goes by, as my life and work evolve. My conversation with Miguel over 25 years ago is one of those moments. As a Chicano organizer, Miguel represented Albuquerque’s South Valley in negotiations with Kirtland Air Force Base, the New Mexico Environment Department and the EPA. The base had been contaminating groundwater — the community’s drinking water — for decades. There had been serious health impacts; outraged, residents commanded enough attention to bring the responsible parties and the enforcers to the table. The process was slow and painful for everyone. A friend at the Environment Department told me how angry and difficult the community was. Community people told me how insensitive the state was, and how evil the Air Force base was. I even heard from someone at the base how difficult the process was. I took all this as an invitation to insert my fledgling mediator self. I started with a call to Miguel. I had heard that the community had walked out in a rage, and refused to come back to the table for six months. I asked him how it was going. “Slow,” he said, “but okay, I guess. We had to put the whole thing on hold awhile because the state just wasn’t responding to us.” “‘Slow’ must be kind of hard on you,” I offered, “the groundwater’s getting worse, and I know you’re in a hurry for cleanup to start.” “Yeah, well, that’s the way it is.” “I know someone at the state. She will listen to me. And I ran into a guy from the base who wanted to talk about what’s going on. I’ve even worked with someone at EPA in the groundwater division. I would be glad to try to help move things along, get them to understand, you know…. mediate. It might help things go more smoothly.” That was the magic word — “smoothly.” He gave me a long and eloquent speech. Mediation was okay, but it was an Anglo process, run by, managed by, and naturally benefitting Anglos. It was a dominant process, and a victimized minority community should stay away from such processes. They would inevitably lose. “But it is a fair process, one that doesn’t take sides,” I said. “It only evens things out so that everyone is equal, so everyone can make a decision together. Mediation would mean that you are respected. It would be a safe, relatively calm place where people can listen and learn about each other.” He explained that exactly that kind of setting — calm, rational, orderly — was a concession for the community. Anger, hostility, rage were what the community needed to communicate, and a confrontational style not only suited that message, but empowered the community. That was the way they chose to communicate, and that was the way they could achieve the respect and power needed to negotiate successfully. A mediator would take their power away, put rules on them that would weaken their position. “But that takes a long time,” I said. “You left the table for six months. Nothing happened except the water got worse.” “Yes, but when we came back it was on our terms. We did it ourselves. There was no one making it orderly and nice. We don’t want it to be nice. It isn’t a nice situation.” We talked more about negotiating, and strategies to use with bureaucracies, comparing notes. He said that the community had speakers every month to train residents in areas like hydrology, remediation, environmental law, proposal writing, whatever. The point was, he said, to teach the community to be their own experts. I offered to talk with them about negotiating and what I had seen be effective or ineffective. He thought that might be a good idea, and said he might call. I’m still waiting. I often think about his words: “We don’t want it to be nice. It isn’t a nice situation.” He was right. I wanted it to be nice. The state and EPA wanted it to be nice. Certainly the Air Force base wanted it to be nice. But we — the state, the base, the EPA, and the mediator — were not angry and abused. I saw how the mediation process could undermine, defuse, weaken the less powerful at the table. The very values at the core of our mediation process suit the Anglo: Put it in writing. Move through the agenda in a timely manner. Base decisions on scientific data. Consider costs. Use English. Don’t get emotional. Be courteous, orderly and efficient. And if a precept of mediation is the equality of all participants, then in some cases – where the parties are not equal – maybe this process should not be used. And ironically, it is often these very cases — ones involving a minority community, an abused group, a weakened interest — where the other parties turn to mediation. Probably at some level, their instinct is to “make it nice,” make them behave. We Anglo-American mediators want a conflict resolution process that is as comfortable as possible for us, and consequently for those like us at the table. But mediation and its rules of niceness and orderliness are not comfortable for everyone. Ever since this lesson from Miguel, I understand the bias I carry with me, and understand that it is not always the fair and equitable process we wish it were.
mediation
pollution
water

Since the late 1980s, Lucy has worked as a mediator, facilitator, trainer and consultant, specializing in natural resource and public policy disputes. She continues to work, as Lucy Moore Associates, with a diverse group of colleagues on both regional and national cases, often with a multi-cultural or tribal component. She is the author of of Common Ground on Hostile Turf: Stories from an Environmental Mediator. She has a credibility and depth of experience in Indian country rare in conflict resolution practitioners.