Have you ever been to a community that was exposed to inland flooding, hurricane surge, and future sea level rise? A community that is exposed to such poor air quality that a 2005 Houston Chronicle report compared it to "sitting in traffic 24/7"? Welcome to the super neighborhoods of Manchester, Harrisburg, and Magnolia Park, adjacent to oil refineries and the Houston Ship Channel in East Houston, Texas.

These communities are the focus of collaborative research and application at Texas A&M University to understand the coastal "triple threat" of natural hazards, particularly as it intersects with physically vulnerable built environments and socially vulnerable populations. The project is called the Resilience and Climate Change Cooperative Project (R3CP) and we believe it employs an underutilized approach to identify and tackle critical disaster resiliency and climate change challenges that threaten coastal cities around the world. 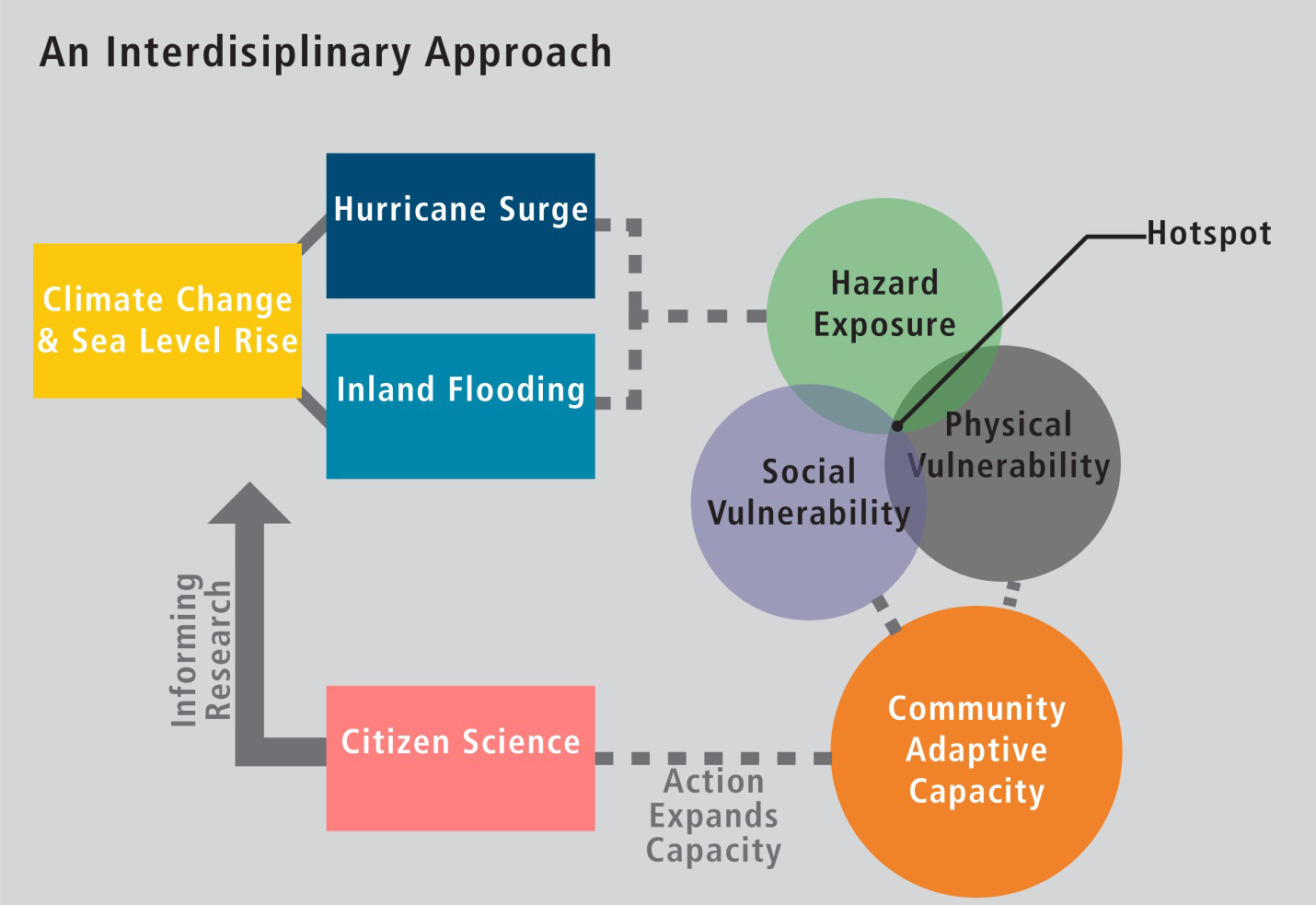 Our collaborative team is made up of over 30 professors and graduate students, and regularly consults representatives from grassroots environmental justice groups working in targeted neighborhoods.  The university partners include climatologists, hydrologists, epidemiologists, sociologists, urban planners, landscape architects, public policy analysts, geographers, and housing specialists.  Among the environmental justice partners is Juan Parras, director of Texas Environmental Justice Advocacy Services (t.e.j.a.s.) and recipient of the Sierra Club's 2015 Robert Bullard Environmental Justice award. To date, Juan and others have played a principal role in crafting research questions and organizing the collection of data for this project. Going forward, the team will work together to translate the research into an agenda for policy and action. University and community partners have a few goals in particular:

You see, the R3CP believes in the importance of creating long-term change through co-learning with communities around strategic needs while supporting communities in actualizing their own resilience. We did not want to just observe the community and extract data, instead we chose to work collaboratively to increase the community’s adaptive capacity through community action and citizen science. We want to put research tools and technical knowledge in the hands of residents so they are empowered to transform their own future. For example, t.e.j.a.s. introduced us to Furr High School’s Green Institute, a Green Ambassador Woodsy Owl Conservation Corps (Green Ambassadors). Support for the Green Ambassadors at Furr comes from the U.S. Forest Service Friends of the National Forests and Grasslands in Texas - Latino Legacy. The teachers and students at Furr, many of whom live in the targeted neighborhoods, were trained on three data collection methods. First, using ESRI’s ArcCollector application for smart phones and tablets, students learned to document pooling and ponding water. Second, using ESRI’s Survey123 application for smart phones and tablets, students learned to assess and inventory the quality of stormwater infrastructure. Third, students learned to  sample pooling and ponding water and test levels of heavy metals.  In each instance (i.e., pooling/ponding water, water quality, and infrastructure), students understood the implications of poor results on health outcomes in the neighborhoods.

The results of this citizen science will guide future R3CP conversations about what additional knowledge is necessary and what strategies are most appropriate for addressingthe complex issues linked to disaster resiliency. 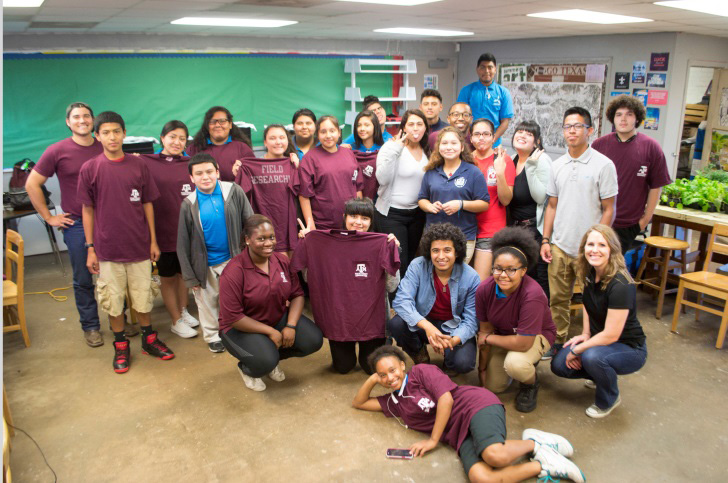